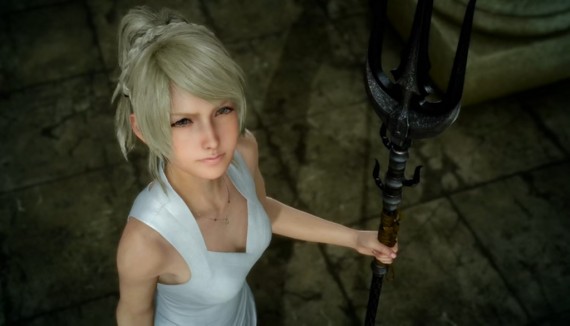 Square Enix has given word, revealing the developments they're making while working on the upcoming "Final Fantasy XV" DLC as well as the update regarding Chapter 13. (Photo : PlayStation/YouTube)

Square Enix has made new reports regarding the developments of the upcoming downloadable contents for "Final Fantasy XV" as well as the updates that it will be rolling out to improve the said video game. Hajime Tabata went on an interview and talked about what is in store for the avid gamers awaiting the release of the said downloadable contents.

Square Enix has already confirmed that they will be releasing downloadable contents for "Final Fantasy XV" that will feature a lot of new things in the said role-playing video game. The said contents will be made exclusively available through the Season Pass. The developer company already announced before the said video game was launched that a Season Pass will be put on the market soon after the game's release.

How Square Enix keeps on thinking up of novel ideas to incorporate in their new games remain a mystery and will never cease to amaze its avid fans. For the first time, "Final Fantasy XV", a single-player role-playing game that weaves the path of the main story, will be having an expansion. Hajime Tabata himself admitted that it felt new to him and the developers that they were actually uncertain at first. But of course, they have already announced that they will continue to update "Final Fantasy XV" with more features and content for maximum gaming experience so there is no way they could back out now.

Aside from that, they did say in the past that they preferred to roll out updates than make new games out of the broad and diverse story of "Final Fantasy XV". Tabata said that though the new initiative to roll out expansions for a single-player game was unfamiliar, they were already leaning on making it a new trend in the gaming industry and hope that fans will grow accustomed to it. They have already announced that new single-player contents for the DLC will involve the separate stories of Prompto, Gladio, and Ignis.

He puts into light that the updates have already been on the table even before the launch of the game and they only planned to release it to make sure that players get to play "Final Fantasy XV" for an extended time. He addressed the concern about Chapter 13 that has infuriated a lot of fans and said that it the developers deliberately made the said Chapter that way. But they did not expect the harsh feedback so they are planning to change Chapter 13 in some way to give better gameplay experience. He pointed out though that the update will not be an overhaul of Chapter 13 but an enhanced version rather and he also said that the changes coming to Chapter 13 won't be different so it will not compromise the intentions of the developers.

Square Enix has been working on "Final Fantasy XV" for a decade, maybe even more since they only revealed it 10 years ago and it was titled at that time as "Final Fantasy Versus XIII". No doubt, the developers have put their utmost efforts in delivering another worthwhile role-playing video game, something that they are famously known for. The latest "Final Fantasy" installment featured a lot of new attributes, which players never thought they would see in real gameplay.

Square Enix has revealed what the upcoming Moogle Chocobo Event for "Final Fantasy XV" will be with Noctis giving us a tour of the anticipated festival.

Chapter 13: Redemption of "Final Fantasy XV" has drawn many negative reactions but despite it all, the said chapter was essential and should be left as it is and here is why.