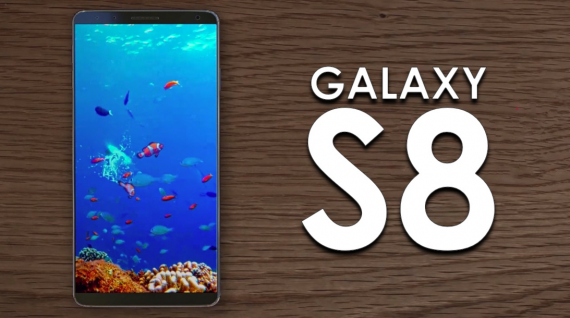 If you are waiting for the launch of Samsung's newest flagship phone, the Galaxy S8, you may have to wait for a little longer this time around. (Photo : TechnoBuffalo/YouTube Screenshot)

The Samsung Galaxy S8 is expected to debut on April 14 and in 2 different sizes.

Looking at Samsung's misfortune last year with the Galaxy Note 7, the upcoming Galaxy S8 is expected to be the company's comeback flagship smartphone. The South Korean tech giant is leaving no stone unturned to guarantee that the new flagship device is one of a kind and if the rumors are true, it surely looks like a head-turner for them.

The Galaxy S8 will come in two sizes, as reported by 9to5Google. Following the predecessor Galaxy Note 7‘s footsteps, Samsung is going all in showing off its design prowess and bringing two differently sized Galaxy S8s with dual-edge panels. But the display is said to be still between 5 and 6 inches and it is said to cover almost the entire of both the device's respective fronts.

With this perspective, Samsung seemingly won’t have enough space to put its logo on the front part of the smartphone. Aside from that, it will also be possible for the device to eliminate the presence of a physical home button. The leaked front panel from a reliable source said that it is “a good representation of what the Galaxy S8 will look like."

Some rumors indicate that Samsung Galaxy S8 will come in 5.7-inch and 6.2-inch, and other rumors indicate 5-inch and 6-inch screen sizes, but a report from Gadget 360 refrains from narrowing it down - and just mentions that the sizes will be in the 5-inches and 6-inches space.

In addition, the report also cites unnamed people that are familiar with the matter to claim that both the variants of the upcoming Samsung Galaxy S8 will sport 64GB of inbuilt storage with the option to expand further via a microSD slot up to 256GB. The 3.5mm audio jack will stay and will not go anywhere. The 2 sizes of the Galaxy S8 smartphones will be introduced with several accessories like a dock to convert each device into a mini-Android computer.

A new service called DeX will also be introduced along with i. The DeX function will allow the Samsung Galaxy S8 to connect to a monitor, keyboard and other peripherals. The report claims that the smartphone device will have a USB Type-C port and a new version of Samsung's Gear VR headset as well as Gear 360 camera that will also be launched alongside.

Samsung Galaxy S8 Will Be Available On April

The Samsung Galaxy S8 will make its official debut on April 14 in South Korea, according to a report Monday by Forbes. Therefore, if you are waiting for Samsung's latest flagship smartphone, you may have to wait a little longer. This information report comes a day after the company said that the Galaxy S8 would not be unveiled at the Mobile World Congress (MWC) 2017 that will be held in Barcelona next month.

MWC 2017, the world's biggest trade show for mobile phones as described by CNET, has been used in the past by Samsung, as well as other device manufacturers as an opportunity to lift the lid on their most important devices of the year. Maybe Samsung has its own marketing strategy regarding the Galaxy S8 and they don't need to participate in the MWC 2017.