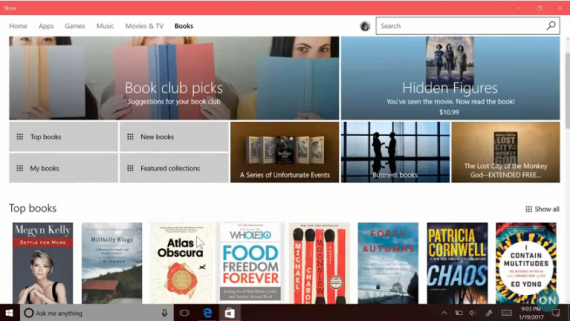 Microsoft has been working on its Windows 10 Creators Update for a while now and its latest test build for the PC Fast Ring was released on January 27. It introduced several new features that span security and gameplay settings. Furthermore, it added new connectivity options as well.

As ZDNet notes, Microsoft has been under some scrutiny for its security features - or lack thereof. In the summer, French National Data Protection Commission even issued a formal notice against the company. It ordered that the Redmond-based tech giant refrains from collecting unnecessary data and tracking its users without their consent.

A month after that motion was filed, the Electronic Freedom Foundation also made its criticism public. The party released a signed editorial that outlined how Microsoft had disregarded its users' choices. Other publications followed and the company soon announced that it would make some changes to its system.

Terry Myerson announced the same in a blog post and outlined the steps that would be taken to appease uncomfortable users. The tech company confirmed that individuals will have the ability to oversee and control the data that are being used, including location, search and browsing history and Cortana Notebook data. Furthermore, Windows 10 will arrive with a new privacy experience, which simplifies Diagnostic data levels and reduces data collection to its most basic level.

The same changes have been made available to parties that are part of the PC Fast Ring. The alterations are most evident in terms of user experience, as Microsoft reportedly made the decision to make the changes based on user feedback. Whether or not participants will still have reason to complain remains unseen.

But as Supersite Windows adds, Build 15019 was mostly to release some pressure that Microsoft had regarding its gaming system. The publication continues to note that Xbox One had confirmed new gaming features that would arrive with the Windows Insider build for the Creators Update. However, it was quickly taken back and the company said it would not be able to showcase the features by the deadline it had promised.

The update includes support for Beam game streaming, as well as a consolidated gaming setting. This means that the settings for Game Bar, Game Mode, GameDVR, as well as broadcasting and streaming features will all be found in one place. This is also the first time that Game Mode, which optimizes Windows 10 PCs in terms of game performance, has been enabled.

The Creators Update is expected to begin rolling out to the public in Spring, but the official date has yet to be announced. Unlike Microsoft's previous updates, this one is expected to arrive with a larger bang. The company will apparently notify all Windows 10 users when the Creators Update will be available. After which, users will get the opportunity to schedule when they want to receive the same.

But until the Creators Update is ready for the public, Microsoft will continue to release build updates to PC Fast Track participants. The tests have been fewer and further between, but this is expected as the release draws closer and closer. The next test is expected to go live on Friday this week.

Microsoft's Next Masterpiece: The Surface Pro 5 And How It Will Change The Market Landscape

The Microsoft Surface Pro 5 may not sport the same level of a radical redesign that was presented by its predecessor, but this does not mean that the Redmond-based tech giant is sitting pretty on its current offering.

Microsoft is making changes to the Xbox One controller’s guide/home button, which the company claims will offer a new gaming experience altogether.

It’s possible that one reason Qualcomm still feels confident about winning these comparisons because ARM has continued to iterate on its CPU designs, while Intel’s last major refresh of its smartphone and tablet division was back in 2012.

The new Microsoft Pen is literally identical to the Surface Pro 2, 3, and 4’s. It has a PixelSense Accelerator, which is custom silicon that enhances the colors on the 12.3-inch PixelSense display on the Surface Pro.