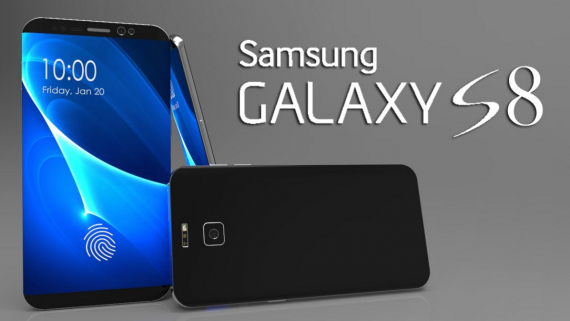 It is still a big question if the upcoming Samsung Galaxy S8 will have a headphone jack or not. After few leaks this week, it appears that Samsung could make headphones' future messier. (Photo : TECHCONFIGURATIONS/YouTube )

One of the biggest tech questions last year was whether Apple would keep the headphone jack on its iPhone 7 and iPhone 7 Plus or lose it in favor of the Bluetooth and a Lightning cable adapter. We all know how that issue and rumors ended. Apple decided to make it as the time to say goodbye to the 3.5mm port and not all people were unhappy about the changes.

After several later last year and early this year, it appears as if we know just about everything there is to know about the upcoming Samsung Galaxy S8 smartphone. Citing that "several well-placed sources," The Guardian dropped a batch of details on Tuesday. That was largely corroborated by VentureBeat's Evan Blass on Thursday.

Why Galaxy S8's Headphones Is Not A Good Idea

According to Blass, Samsung is preparing to unveil a pair of Galaxy S8 smartphones significantly different from past models. Blass, who has already a long way of a history especially on accurately leaking information about flagship smartphones, also included the first purported photos of the Galaxy S8 devices. The picture shows two phones with curved screens, thin chassis, fingerprint scanners on the back and 3.5 mm headphone jacks.

Apple's existing iPhone 7 Plus is famous for having a feature of being connected to wireless AirPods. The move of the company upsets a lot of people, and it hasn't magically fixed Bluetooth's issues. In the meantime, with Android, though, the situation is poorer. Intel and others tech companies have for the past several months been pushing the USB-C.

The well known USB-C is a literally "do everything port" that's replacing the older USB ports on more and more devices, as the 3.5 mm jack's replacement for the past several months. The USB-C is a digital connection, so it could bring the same enhancements as Lightning, but it's also an open standard, so nobody has to pay Apple a cut to use it. Over the past few months, gadget makers like Motorola, LeEco as well as HTC have jumped on the bandwagon.

The Samsung Galaxy S8 is expected to have a USB-C port for charging, so it could still technically support USB-C headphones. But if the headphone jack is still charging, it's hard to see people choosing something that's generally pricier and doesn't allow you to charge your phone and listen to music at the same time. But for now, giving people the option to adapt USB-C without banning the alternative is a friendly move.

Other Features Of The Samsung Galaxy S8

According to VentureBeat, Samsung is preparing to unveil a pair of Galaxy S8 smartphones. The two models, with 5.8- and 6.2-inch QHD Super AMOLED screens that cover 83 percent of their front panels. Both models sport Samsung’s very own edge display, which curves downward on both sides of the handset.

The 2 smartphones may include different systems-on-chip depending on sales region, Qualcomm Snapdragon 835 in some and Samsung Exynos in others. In terms of performance, it is said to make them 11 percent faster than the Samsung Galaxy S7, with just 23 percent faster graphics processing, but still 20 percent more energy efficient.The capacity of the battery is said to be a relatively conservative with 3000mAh and 3500mAh for the 5.8-inch and 6.2-inch designs, respectively.

Microsoft Corporation is an American multinational technology company headquartered in Redmond, Washington. On Friday, Microsoft's market capitalization topped $500 billion for the first time in 17 years, that is since the year 2000.

The price of the upcoming LG Android smartwatch will start at $249 in the US and $329 in Australia. It leaves the question of what LG's Watch Style can offer compare to the other wearable tech.

HummingWhale Malware Infect Millions Of Android Devices, Here's How To Avoid It

HummingWhale is an Android malware infection that blows through millions of devices and found inside 20 different apps in Google Play. Security firm Check Point issued two warnings regarding this matter to all Android users.