The Last Of Us 2: Storyline Confirmed, Ellie Is Torn Between Right And Wrong 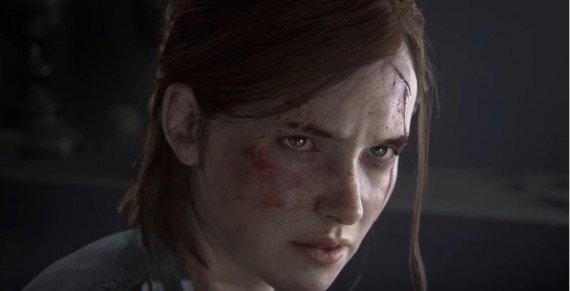 The Last Of Us 2 is almost here and another bomb was drop by the head writer of the game, Neil Druckmann. As stated, he will not shy away from his opinion about political issues and the development of Ellie's character. (Photo : PlayStation / YouTube)

Slowly but surely we are getting the picture of what "The Last Of Us 2" is all about. It’s almost a month or two when they’ve released the very first trailer of the game and today, we learned that Ellie is in the fight of her life.

Before we proceed with the juiciest update that we have with The Last Of Us 2. Let us check some of the information that is essential to the players. When the trailer was released, not only it created a buzz but it also created a lot of questions on what the story is all about. In the very beginning of the video, we were able to witness that Ellie was trying to calm herself down by playing her guitar.

The Last Of Us 2: Theseus Theory

However, in the very same room, there’s a lot of hints on what Ellie is going through. Few might have noticed it first as they were very excited to see that the second installation of the game is about to happened. But when a famed YouTuber was able to check the room, she was able to provide details on the hints that are visibly present everywhere.

The name Theseus is written all over the walls and there are some pictures with Ellie and a particular guy.
There was also an update with regards to the real identity or sexuality of Ellie. As previously confirmed by the renowned head writer of the game, Neil Druckmann. He was exploring and trying to expand Ellie’s personality in which the gaming community tagged Ellie’s character as gay. Although it was not officially confirmed by Druckmann, the detailed claim by those fans is almost 100% correct.

The Last Of Us 2: Joel Is Already Dead?

Joel will no longer be the main protagonist of the game. There’s also a report last week that Joel might not have made it to the second installation of the Last Of Us 2. Remember their journey to the Fireflies and it was perceived that Joel sacrifices himself so that Ellie will live. Joel realized that the Fireflies might need to kill Ellie to do an experiment that could save humanity. We all known what these two have been through and they do have a father and daughter like relationship.

The Last Of Us 2: Ellie is Against Herself

During a recent question and answer portion in one of his social media account, Neil Druckmann answered an interesting tweet which was then deleted after an hour. If we are not mistaken, the avid fan asked Neil Druckmann if he is going to shy away or decrease his personal thoughts about politics. Druckmann answered directly without hesitation and stated: “No can do.”

Knowing what had happened to Joel and her love one, Ellie is out for retribution. She will even have to fight herself in trying not to do wrong against anybody. Fueled by hatred and sorrow, Ellie is no longer the teenager that we once knew. As stated on multiple theories, Ellie like the demi-god Theseus will be more ruthless than what they perceived. These are just theories but they are not that hard to believe considering that they have some proof to back it up.

The Last Of Us 2: Ellie Will Lead The Way, Love Interest Revealed?

It’s been a month or two since Naughty Dog and Sony Entertainment released the very first trailer of The Last Of Us 2. There are still a lot of questions with regards to the game specifically on Ellie being the main catalyst of the game. Also, there are numerous highlights that players need to check like her sexuality and love interest.

Bethesda finally confirms the new biggest addition in their game for both PC and PS4 Pro. As annoucned in their official website, High Resolution Texture Package and PS4 Pro Patch will be available next week.

Blizzard Entertainment will be having their very first maintenance this year and it is a major one. Apparently, every game under their name will have an hour or two for fixing or upgrading some of the games features.

Without any hardware to unveil this upcoming E3 2017, some observers believe that Sony will focus on presenting major PS4 titles, new trailers, demos, prizes and other reveals.

The Last Of Us 2: Neil Druckmann Teases A New Tidbit About The Game

The creative director of The Last Of Us 2 has shared some new things about the game on social media.

Westworld Actor Shannon Woodward Joins The Last Of Us 2

Recently, it was confirmed that the Westworld series' actor, Shannon Woodward will be joining The Last of Us 2.

There was a time when workers may have feared that automation would threaten their job, but several industries have demonstrated how new technology allows individuals to optimise their workload and focus on more specialist tasks