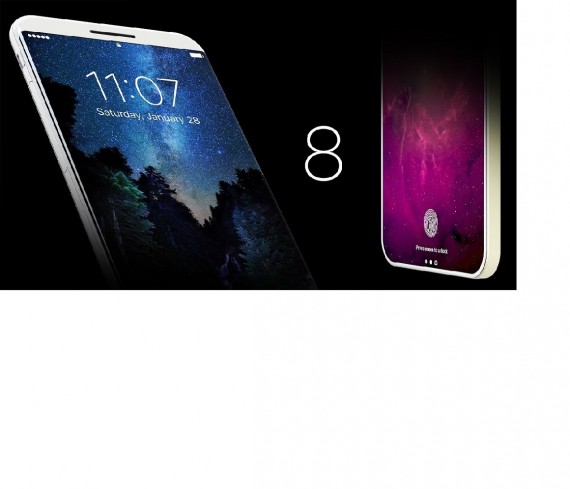 The iPhone 8 is expected to be one of the most incredible mobile devices ever made, because of a series of specs and features that will turn this smartphone into something out of this world. (Photo : EverythingApplePro /YouTube)

Although it´s quite sure that the iPhone 8 will make a huge hit in the American market, Apple´s biggest ambition is to become popular in the Chinese market, given the fact that this community is so large that it would represent a major achievement for the Cupertino. Between Apple´s ambition and the conquering of this market, there are three elements to consider.

iPhone 8 Will Have A Lot Of Competition

Although many believe that there´s practically no mobile device that can match Apple´s and Samsung´s greatness, the truth is that Chinese smartphones have been making such a great job that is expected that these products end up conquering the American customers, considering not only the cheap price but also the high quality.

This way, the iPhone 8 will be forced to compete against great mobile devices as the Huawei flagships, in addition to Xiaomi´s, Oppo´s, and probably the OnePlus 5. Even if Apple´s flagship can be better than these, the fact that the mentioned Chinese brands are so popular in China makes it really hard for the Cupertino company to conquer this market with its latest mobile device.

In fact, it was recently known that the Oppo R9 just became more popular than the iPhones in this nation, which clearly shows the way in which this is a market in which the American tech giant doesn't have the same privileges as in the U.S., in which is clearly the most important and popular smartphone brand.

The iPhone 8 Will Have To Fight Against Third Party

In addition to incredible smartphones like the Huawei P10, or the Xiaomi Mi MIX Evo, the iPhone 8 will have to fight against an extremely threatening third party: the Chinese government. Considering the way in which this power controls everything in Asia´s first economy, it´s believe that Apple might be facing a lot of troubles in making an important hit in this market, given the fact that this is a really important moment for Huawei and the Chinese smartphone makers, so the government could give a little help to these brands.

Although Apple is one of the few major tech companies that is allowed to sell its product in China, it´s well known that the Chinese government has shown a hostile behavior towards this company, to the point in which it forced some companies to ban the employees that were using the iPhone 7. Naturally, the government will be a key element in the iPhone 8´s performance in China.

The Chinese Customer´s Preference In Smartphones

If we´re talking about a market in which the iPhone 8 will have to compete against other extraordinary smartphone brands that offer great quality and a nice price, you will know that Apple will have a really hard time in making its flagship the most important player among the rest this year. However, if you add the fact that in this market the customers already have preferences in these other brands, Apple´ s mission to conquer the Chinese market will become so difficult that many believe it won´t able to make it.

This is exactly what happened in China, considering that in addition to the way in which the government has tried to avoid Apple´s popularity to grow, there are such extraordinary mobile devices that the customers expect something groundbreaking for Apple. This particular detail will be one of the most crucial in the iPhone 8´s performance in the Chinese market, considering that this mobile device will have extraordinary features that customers won´t see in any Chinese smartphone this year.

The Greatest Game Tools You Can Use On The Galaxy S7

Although playing video games on smartphones is something that cannot be compared with playing it on a PC or the original console, there are some game tools for the Galaxy S7 that make the experience a wonderful one.