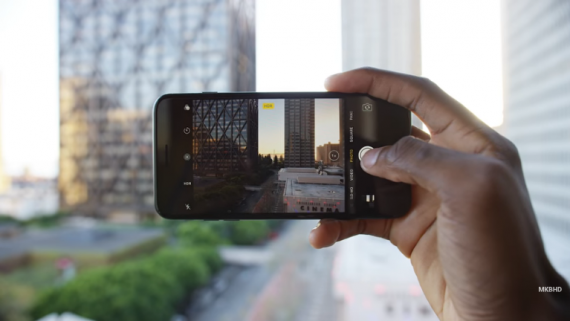 Apple is expected to roll out its next major OS update in September, just in time to debut with the iPhone 8. It is expected to come with new iMessaging features, modes, and an improved AI. (Photo : Marques Brownlee/YouTube)

There are high expectations this year for Apple, as 2017 marks the 10th anniversary of the iPhone - a device that arguably revolutionized how the public uses and understands smartphones. And while there has been a lot of talks about the upcoming iPhone 8, there is another aspect that should be discussed. The Cupertino-based company is expected to roll out its next major operating system update as well, which will introduce exciting new features to the iPhone experience.

Though nothing has been made official, Forbes reports that iOS 11 is expected to roll out to the public in September. The actual announcement, however, may be made as early as June, during the Apple Worldwide Developers Conference. And since the iPhone 8 is expected to launch within the same time frame, the releases will complement each other nicely.

The speculations regarding the iOS 11 features have been going around for quite some time now and have been highly anticipated by the public. However, the Cupertino-based company is estimated to be saving its best ideas for the anniversary iPhone. This would mean that there is no better time to truly welcome several innovations than now.

One of the biggest possible features is extending iMessaging to Android. This would allow Apple users to interact with Android users in a way that has until now been restricted. There are several features in iMessage that have not been copied by other messaging apps, so the idea of this extension is a welcome one.

It might be argued that this will not work as iMessage is exclusive to iOS. However, the publication notes that BlackBerry previously released BBM for both iOS and Android. Furthermore, it is possible to set Google Hangouts as the default messaging application for Android. The possibility of inputting iMessage into a Samsung, LG or Google device is not an impossible one.

The next possible feature is not foreign to Apple. For a while now, educational institutions have been using Managed Apple IDs, which allow several people to use just one Apple device - the most common of which are iPads. The guest mode may be extended to the iPhone 8 this year via iOS 11, which would allow owners more privacy despite lending their devices to other people.

The guest mode will theoretically provide non-owners access to basic functions such as calling or surfing the web. However, it will not provide details it would normally provide the owner such as call history or browser history. It can also be extended to text messages and saved passwords.

Siri is also slated to get an upgrade this year. Apple has invested a lot into its version of a virtual assistant, even setting up a separate team in Cambridge, England, that works solely to improve her. The team is reportedly working on making Siri sound more nature, as well as providing the same with the skills to control popular third-party applications such as Twitter, Instagram and SnapChat.

But while iOS 11 will undoubtedly introduce the market to several new features and improvements, it will also mean the end of 32-bit applications. As 9to5Mac reports, iOS 9 already included a warning to users that 32-bit apps would slow down the device's performance. The same support might no longer be seen with Apple's next major OS update.

The Success Of The Surface Phone Requires A New Scheme: Microsoft To Work With App Developers

Speculation surrounding the Surface Phone has been nothing short of extraordinary. But if Microsoft truly wants to make it a success, the company will need to create an entirely new ecosystem.

How to Fix iOS 11 OTA Stuck on ‘Preparing Update’ Issue

Here is a step-by-step guide to clean install iOS 11 on iPhone, iPad and iPod Touch via iTunes.