The Honor 8 Lite Has Finally Been Leaked, Looks Exactly As The Huawei P8 Lite 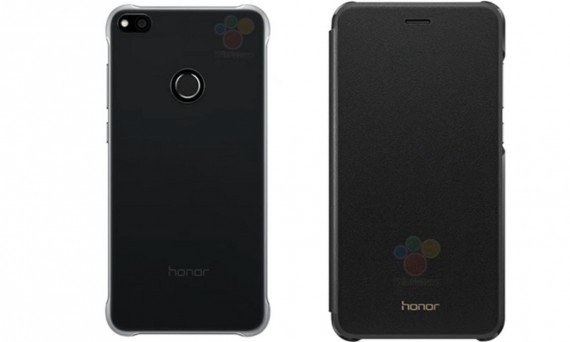 The Honor 8 Lite clearly represent one of Huawei´s weirdest moves ever, which might be quite risky considering that this year the company will finally arrive to the American market. (Photo : TechnoPhonePro/YouTube)

Even when launching downgraded versions of a great product is a risky strategy in the smartphone business, this is something that only the greatest brands can do, considering that customers would agree to buy something from companies characterized for offering qualified products. Believe it or not, it seems that this is actually the move that Chinese giant Huawei will make with the Honor 8 Lite, the newest model of the magnificent Honor 8.

Although this mobile device hasn't been announced from the company, German website Winfuture.de has got a hold of some press renders of the Honor 8 Lite, as well as information about the hardware under the hood. Apparently, this mysterious smartphone would be unveiled at the Mobile World Congress in late February, which would definitely represent a huge surprise for customers and Huawei´s fans, given the fact that this mobile device wasn't expected for anyone.

Another detail about the Honor 8 Lite shows that this smartphone would possibly pack a microUSB 2.0 port instead o the USB Type C, a 5.2-inch display that supports full HD resolution, an octa-core Kirin 655 processor coupled with 3GB of RAM and 16GB of internal memory that can be expanded via microSD card.

A Combination Of Old And New Technology

Also, the Honor 8 Lite will include the Android 7.0 Nougat operating system on board, which seems something quite decent for a downgraded version, despite the fact that the most important mobile devices are using the latest update, which is quite better. In addition to this detail, the information provided by the German website also reveals that the Honor 8 Lite will be equipped with a 3,000 mAh battery, which might actually end up disappointing the customers, considering that there are some mobile devices of this kind that wears a much more powerful one.

As you might be aware, an interesting mix of new and old technology could surprise the customers, given the fact that Huawei hasn't done this kind of move previously.  In fact, this could be considered as something extremely risky for the Chinese company, since this year will be framed by its arrival at the American market, and every single step must assure the maintenance of its popularity and relevance.

The Honor 8 Is A Weird Move From Huawei

In any case, the thing about the Honor 8 Lite is that this product represents the quintessence of Huawei´s weird moves in the last week after it was known that the upcoming P8 Lite will be offered in some nations as the P9 Lite. In fact, what´s even more confusing is that the information provided by the German website also shows how the Honor 8 Lite looks like inside a case, and the conclusion is that this mobile device looks exactly as the P8 Lite, which would definitely create a lot of controversy if it ended up being like this.

Of course, the silver lining of this particular situation is that the Honor 8 Lite will have a great aesthetic, but there would be some customers that wouldn't like that a new smartphone looks so similar to another of a different series. Actually, is also known that this smartphone will be offered in gold, white, black, and blue, again, just like the P8 Lite, and it will cost around $300 in Europe, but In the U.S. it could be priced for sale differently.