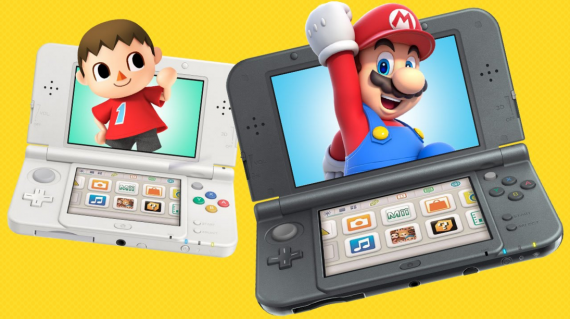 Nintendo has recently detailed its financial report for the past 9 months that ended last December 2016. According to the result, Nintendo 3DS sales increase and hit a large growth, while Wii U struggles. (Photo : IGN News/YouTube)

Nintendo released details on its financial statement for the 9-month period that ended last December. It reported that the total sales of the company is $2.7 billion. This is around a 27 percent decline from the same period in 2015 when it cited sales as $3.7 billion.

Meanwhile, operating income was also shown to be in decline. Just lat year, it was reported as $231 million, which is equal to the 38 percent decrease from 2015's $373 million. The profit was up more than 153 percent, coming in at $909 million.

According to GameSpot, Nintendo's financial report shows a dip in sales but big profit. In a statement accompanying its financial report, Nintendo focused on the "blockbuster" sales of the game Pokemon Sun and Moon, which was said to be sold 14.6 million units. The company also noted the positive knock on the effect of Pokemon Go, which it said led to "increased sales of software in the Pokémon series released in the past, and drove Nintendo 3DS family hardware sales growth, particularly outside of Japan."

The sales of Nintendo 3DS were said to be 6.4 million units, that is 10 percent of the year-on-year increase sales. The game sales for the 3DS improved similarly, reaching a total of 46.7 million units, which is an increase of 20 percent year-on-year. In addition to Pokemon Sun and Moon, the well-known Super Mario game for the Nintendo 3DS was also highlighted as a strong performer and said to have "surpassed the million-seller mark."

Nintendo also launched the Super Mario Run in this same period and it is said to be elicited as "a fantastic response" with more than 40 million downloads in just 4 days after its launch. Nintendo said that the release of all the new games with Amiibo functionality "restored some momentum" for the NFC-enabled figures, but ultimately sales were just limited to 6.5 million total of units for figure-types and 6.6 million units for card types.

As for Nintendo's consoles, the 3DS has seen some success, while the Wii U continues to miss the numbers. According to IGN, the sales of Wii U continue to disappoint Nintendo as well as its fans. The reported number of sold units is just 760 thousand consoles over the period amounting to a drop of 75 percent compared last year. The Wii U’s lifetime sales now is at 13.5 million, a fraction of the Nintendo Wii’s 101.6 million.

Nintendo's Expectation For The Switch Console

Nintendo is said to be looking forward and highlighted the upcoming launch of its new game console, the Switch. Along with the launch of the Switch, lineup of the first-party launch titles, namely The Legend of Zelda: Breath of the Wild and 1-2 Switch are present. Breath of the Wild will be available for both Switch and Wii U on the same day and, for 3DS owners, Nintendo promised all fans to "maintain the buzz surrounding the hit titles Pokemon Sun and Pokemon Moon and Super Mario Maker.

For mobile or smartphone devices, Fire Emblem Heroes launches on February 2, while the legendary Super Mario Run will finally be available on Android in March. However, to make way for this games, Animal Crossing has been pushed into the next fiscal year. As of now, all eyes are on the Nintendo Switch.

Enjoy The NES Classic Edition With A Wireless Controller, Here's How

Now you can enjoy playing the newest and in demand Nintendo's game console. Nintendo already fixed the one big flaw of short wiring problem for the controller of the NES Classic Mini Edition.