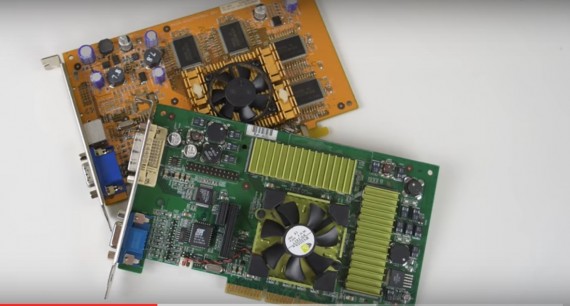 Nvidia has launched a new lineup of professional Quadro graphics cards with the aim of delivering excellent performance to its consumers. (Photo : PhilsComputerLab / YouTube)

Nvidia has launched six new pro-grade graphics cards within the Quadro lineup based on the Pascal architecture.

On Sunday, Feb. 5, Nvidia has launched a full set of new Quadro graphics cards based on Pascal architecture that offers up to twice the performance of previous cards. They are the GP100 for rendering, two boards aimed at mainstream users of tools such as Illustrator and Photoshop, the Quadro P400 and P600, plus the Quadro P1000, P2000 and P4000.

The P1000 and P2000 cater to entry-level users of video or animation software such as Premier Pro, After Effects, 3ds Max, Nuke or Maya. With performance above this level comes the P4000 graphics card that is certified as VR Ready for powering the HTC Vive and Oculus Rift.

According to Hot Hardware, the Pascal architecture is a game-changing technology that made possible playing titles at a 4K resolution on a single graphics card. A boost in performance in several categories could be achieved by having access to Pascal on the engineering side. Trending fields in the professional arena such as deep learning technologies, photo-realism and VR are more complex than ever and feature bigger data sets.

Nvidia explains that its new Quadro graphics cards based on Pascal architecture will help streamline simulation workflows and design. As stated by Bob Pette, vice president of Professional Visualization at Nvidia, professional workflows are now infused with photo-realism, virtual reality, and artificial intelligence. This creates new challenges for the most demanding users of company's devices.

Pette also said that the Quadro GP100 provides the power of a supercomputer to the average desktop workstation by unifying compute and design. The GP100 is the top-end card in the updated Quadro family and is specifically aimed at 3D or VFX rendering as well as other applications that don't require the display of 3D graphics on the screen. The card provides over 20 TFLOPS of 16-bit floating point precision computing and comes with 16 GB of second generation high bandwidth memory (HBM2).

Customers can scale to 3 2GB of HBM2 by combining two cards with NVLink in order to create a massive visual computing solution on a single platform. This new Nvidia graphics card could also be used for deep learning tasks in Linux and Windows and in VR applications.

The other desktop Nvidia Quadro graphics cards powered by Pascal architecture complete the entire Pascal-based Quadro lineup. Several hardware partners have shown already commitment to support the new Nvidia cards, including Fujitsu, Lenovo, HP, and Dell. According to the company's announcement, the newest Quadro graphics cards will be available starting in March.

The first shipments will be made to workstation OEMs and authorized distribution partners. Among them are included Leadtek in Asia Pacific, ELSA/Ryoyo in Japan and PNY in North America and Europe.

Nvidia announces its Quadro Pascal family of GPUs composed by P5000 and P6000.

Specs of the upcoming Nvidia GTX 1050 have been leaked online.

Rumors claim that Advanced Micro Devices is working on developing dual Vega 10 GPU cards that will be launched next year.