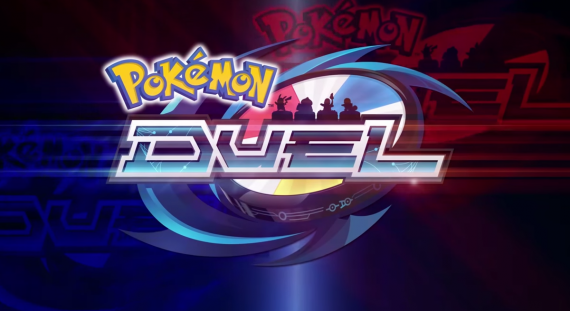 There are actually perks when choosing not evolve your Pokémon beforehand in Pokémon Duel. Here are some tips and guide about evolution in Pokémon Duel that you need to know. (Photo : The Official Pokémon YouTube Channel/Youtube)

The newest Pokémon mobile app, the Pokémon Duel is now rocking on both Android and iOS devices; albeit not as stellar as Pokémon GO's launch, Pokémon Duel offers one of the most requested aspects of the game - and that is head-on PvP. This new app sees two opposing players battling each other for victory. And just like any other Pokémon game, it also offers the player the ability to evolve its Pokémon.

In Pokémon Duel, there are two ways in which you can evolve your respective Pokémon: one is to preset its evolved version during the starting line up (only possible once you have unlocked the evolution figure) and the other is to evolve it during the fight (mid-match). You may think that setting a Pokémon to evolve prior to the match would always be the best idea but there is actually a perk to the latter. To cut to the chase, evolving a Pokémon mid-match gives it a bonus of 10 points of damage. This means that evolving Squirtle into Wartotle during the battle makes it more powerful as compared to straight-up setting Wartotle during the starting line up.

Customize Your Starting Line up

First and foremost, you'll have to customize your starting line up. So go to "Edit Deck" and from here, you'll notice that all Pokémon that is capable of evolving will have a blue dot below their respective figures. If you can't see a blue dot below, it means that there's no evolution being set.

In order to set up an evolution, you'll have to click on "Edit Figures." Once the menu is brought up, you can then select the Pokémon that you'd like to assign for a specific evolution simply by clicking the blue button below. [Reminder]: As stated earlier, you can only set an evolution if you have acquired the appropriate evolution figure.

Now, click on the Edit Evolution tab. Afterward, select the evolved form that you'd want to come out during the fight.

Return to the Starting Line up

You can double-check on the evolution setting upon returning to the starting line up. Once the Pokémon has properly set its evolution form, you can see a glowing blue dot under its figure.

In order to trigger an evolution during a fight, the respective Pokémon must win a fight first against another Pokémon. Simply enter combat and then knock out another Pokémon. Once you successful finished this condition, you can choose to evolve that specific Pokémon in order to gain the power up bonus. If you decline, however, you'll have to fulfill the condition all over again.

Overall, there are pros and cons when setting up evolution. Depending on your playstyle and deck, you may opt for an earlier evolution rather than going for a mid-fight evolution. It all boils down on team composition, not just preference. Check back for more Pokémon Duel tips and guides!

Pokémon Sun and Moon Guide: How To Get And Transfer Shiny Mew via Pokébank

Here's how you can trick your Pokébank into thinking that your Mew is the legit one in order to transfer it in Pokémon Sun and Moon. Bonus: You can actually make your Mew a shiny upon transfer!

Players are starting to get weird and interesting bugs when transferring Pokemon from Gen 1 to Gen 7.

Pokémon Duel Is All About PvP; Will It Replace Pokémon GO?

Pokémon Duel heavily focuses on PvP which is an aspect that is severely lacking in Pokémon GO. Will the new Pokémon game outshine the critically acclaimed mobile hit Pokémon GO?

Players are wondering, isn't Serial Code a relic of the past? Game Freak should introduce QR code for upcoming event Pokemon instead!

Pokémon Sun and Moon: Is Breeding Killing The Game? [Opinion]

Is Pokemon Sun and Moon much better off without Breeding?

Pokémon fans that are familiar from Gen 2 can definitely add more to the list. Whether or not these facts will affect the game over the next update still remains a mystery.

It's not looking good for people that rely on end-game Pokémon especially for Lapras and Dragonite.