Huawei P10 And P10 Plus Prices Finally Revealed: Are They Too Expensive? 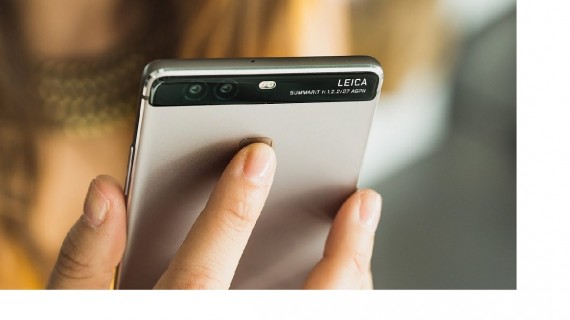 The Huawei P10 and P10 Plus will be divided into several models. Each would apparently have surprising prices for those who thought that Huawei´s flagships would be expensive. (Photo : GadgetGeeks/YouTube)

Of every single Chinese smartphone that is about to be released, there´s no doubt that the Huawei P10 and P10 Plus are probably the most important, given the fact that these are the flagships of the most powerful Chinese tech company in the world, and because both will be the weapons with which this brand will try to make the major hit in the U.S. market. Fortunately, the prices of these mobile devices have just been revealed, and this is something that will definitely surprise the customers that expected a Huawei´s price.

This surprising news is because unlike in previous rumors, the Huawei P10 would be priced at $680 in his greater version while the P10 Plus best model would be at $830, which is quite cheaper than it was previously said, being something that Huawei fans would definitely love, given the fact that everyone thought that these mobile devices would be expensive enough so the price it wouldn't be one of its main virtues. However, even when these are practically Huawei´s most expensive handsets ever, the price is quite affordable for flagships that offer such an incredible quality that would definitely compete against major players as Samsung and its Galaxy S8, and Apple with its almighty iPhone 8.

Both Flagships Would Be Available For Pre-Order In March

Naturally, this information came from leaked documents, so you might take it with a pinch of salt instead of taking it as the maximum truth, considering that even when everything suggests that the data is legit, we should wait until the Huawei P10 and P10 Plus are finally revealed. Of course, if it ends up being the truth, these flagships would be easily considered as the cheaper powerhouse handsets, which would be appealing enough for customers to turn these mobile devices into the major players in the smartphone business this year.

Although both flagships are expected to be unveiled on February 26 at the Mobile World Congress in Barcelona, they will be available for pre-order sometime in March, which seem as a clever move from the Chinese company in order to start selling the handsets as soon as possible, considering that it needs to take advantage of Samsung and Apple´s temporary absence with its flagships.

In addition to the price, the leaked documents also revealed that the Huawei P10 and P10 Plus will be quite similar since both handsets would carry a 5.5-inch QHD screen, the Kirin 965 chipset, and an outstanding 12MP camera. Nevertheless, the main difference with these flagships is that the P10 Plus would have a curved screen, while the Huawei P10 would probably use the traditional flat display.

All-in-all, the phones are otherwise expected to be very similar. Both handsets are rumored to carry a 5.5-inch QHD screen, Huawei's custom-built Kirin 965 chipset, and a 12-megapixel camera. The key difference, it's said, is that the Plus model will have a curved screen while the Huawei P10 proper will use a traditional flat display - it's the same model Samsung used for the Galaxy S7 and S7 Edge.

Although the Surface Phone will definitely be one of the greatest mobile devices, it represents a huge disappointing knowing that it won´t be able to compete against the iPhone 8 or the Galaxy S8.

Considering the way in which the U.S. is so extremely divided, it remains unclear which could be consequences for Elon Musk´s companies after the decision of staying with president Donald Trump.

Mozilla Is Killing The Group Responsible For Firefox OS

This situation represents a major setback for Mozilla, because even when many people knew that the Firefox OS wasn't working, getting rid of it is something that would harm its image.