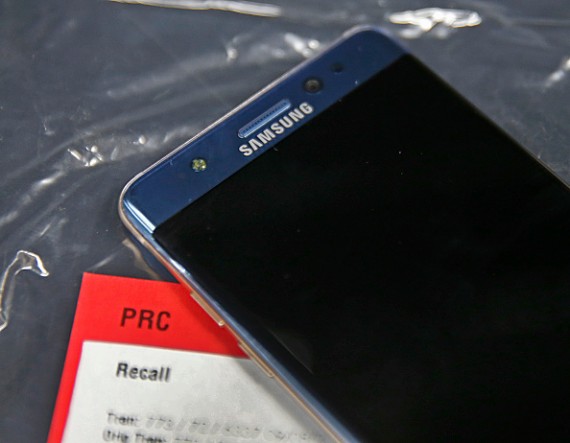 OREM, UT - SEPTEMBER 15: A Samsung Galaxy Note 7 lays on a counter in plastic bags after it was returned to a Best Buy on September 15, 2016 in Orem, Utah. The Consumer Safety Commission announced today a safety recall on Samsung's new Galaxy Note 7 smartphone after users reported that some of the devices caught fire when charging. (Photo : George Frey/Getty Images)

Before the Samsung Galaxy Note 7 was even released, several publications already hailed it as the best smartphone of 2016. But when it finally did launch in the market, several users claimed that their units were exploding without manual cause. And while the situation spiraled into the worst possible case, it did open up the necessary discussion about whether or not rechargeable batteries were no longer safe.

As Digital Trends notes, South Korea has no intention of making the same mistake as it did last year. As such, it announced on Monday that it will beef up its safety requirements of lithium-ion batteries, as well as carry out regular inspections. The reason of which, was further discussed by the Ministry of Trade, Industry and Energy.

According to the department, lithium-ion battery manufacturers will be subject to "greater oversight and regular inspections." Moreover, the Ministry noted that mobile devices - smartphones and tablets included - will have to undergo constant safety test. South Korea is taking every precaution to make sure that it will not experience the same situation as it did last year.

"We ask that the industry shares the view that making efforts to ensure safety is equally as critical as developing new products through technological innovation," Vice Minister Jeong Marn-ki said. This is, of course, following the exploding battery issue of Samsung, one the country's largest companies, last year. The tech giant had a rollercoaster of a year that cost greatly.

When the Samsung Note 7 was released, it was popularly hailed a spectacular device. It had everything that modern technology could then offer and introduced innovations to the market as well. All of this, however, was negated when users started to claim that the units were exploding. At that point, the South Korean tech giant decided to replace all current handhelds, which eventually reached the same fate. After which, the company decided to recall the model altogether.

After thorough investigations, it was determined that battery issues were the cause of the explosions and fires. The financial loss of the replacement and eventual recall is estimated at about US$5.4 billion including operating profits. But the involvement of the South Korean government is large because a loss this huge from one of its largest local companies also had a negative effect on the country's economy.

As Computer World adds, the problem may have publicly begun with Samsung, but it is actually an industry-wide problem. Battery technology, particularly lithium-ion, is not exclusive but is widely used in the market. There is an inherent danger in relying on a sensitive chemical reaction in high-tech batteries. This danger is only heightened by excessive charging, excessive battery drains and possible design flaws. But changing this technology at this point seems far off and a safer option might be a while away.

Internally, Samsung has created an 8-point battery test, which will be practiced for all its future products. Theoretically, it will greatly decrease the risks on battery problems and is undoubtedly a more rigorous testing process than what was previously used. The tech giant will reportedly share its findings and battery quality testing with the rest of the industry once results have been established.

In the past few years, smartphone innovations have been relatively far and few in between. But most of those changes and features have come from the likes of Samsung and LG - and will probably be at MWC 2017.