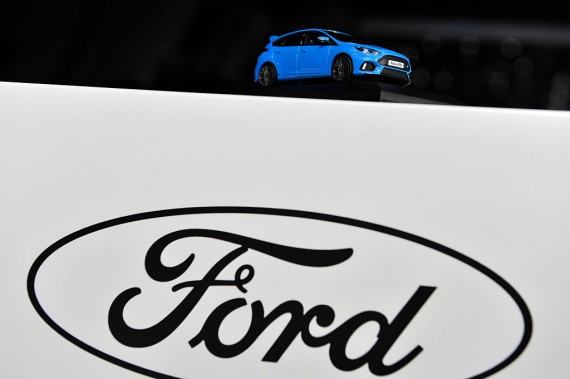 Ford Motor Co. announced on Friday, Feb. 10, that it will invest $1 billion over five years into the artificial intelligence startup Argo AI in order to develop the technology for Ford's self-driving cars.

Ford To Invest in AI Startup To Develop Self-Driving Tech

According to USA Today, Ford Motor is investing $1 billion in the future of self-driving cars industry. The Detroit automaker will allocate that sum over five years to the self-driving car startup called Argo AI, with its headquarters in Pittsburgh, Pa., and offices in California and Michigan. Ford's financial decision is part of a continuing investment strategy that aims to transform the car and truck maker into a mobility company involved in ride-sharing, ride-hailing and even bicycle rentals.

According to The Detroit News, the move supports Ford's ambitious goal of launching fully driverless cars within five years. The Argo AI company is a startup founded by former executives from the self-driving car teams at Uber and Google. The startup will act as a subsidiary of Ford after the automaker becomes a majority shareholder of Argo.

Argo AI will have teams of robotics experts and engineers collaborating to develop a software platform for the fully self-driving car planned by the carmaker Ford for 2021. The virtual driver system will be based on machine-learning software. According to Ford, the system could also be licensed to other companies.
Ford's self-driving car will operate without a steering wheel, accelerator pedal or brake pedal. The vehicle will serve first for ride-hailing or ride-sharing purposes. Ford aims to sell at least 100,000 self-driving vehicles a year.

According to tech experts, in the race to develop self-driving cars, Ford has been literally farther behind. For this reason, the company may fell the need to bring in more resources in order to catch up. This explains Ford's big financial move with the $1 billion investment in Argo AI.

Raj Nair, Ford's executive vice president of global product development and chief technical officer, said that the investment will help the company meet its 2021 target. According to him, this could be a win-win solution. Ford has a very good team, but Argo AI comes with the ability to put it under the leadership of two pioneers in the autonomous vehicle technology field, to work in a startup team environment and have the compensation package that will attract incremental talent.

Argo's team will combine with Ford's team already working on the virtual driver system. The car maker said that it will continue to lead developments of autonomous vehicle hardware, manufacturing, system integration and design. Ford will as well continue to be involved in helping to manage government regulations.

In an interview on Friday, Ford and Argo officials said that the exact number of people who will be involved from Ford has not been yet determined, but from Argo, a substantial number will participate. The two companies did not disclose how many jobs might be filled from the outside. Bryan Salesky, Argo CEO and co-founder, said that teams will be integrated within a few months.

The year 2017 will be a decisive one for Tesla Inc., according to tech experts.

Michigan is the first American state to pass legislation that allows self-driving vehicles on its public roads.

Apple shows signs that it's working to get into the driverless car race.