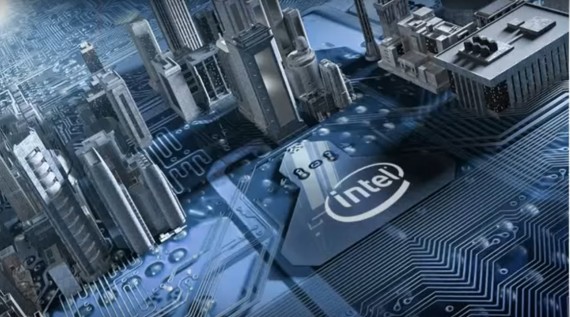 As it prepares for the post-Moore's Law era, the world's largest chip company, Intel, researches new paths toward designing computers of immense power by exploiting the quantum mechanics.

According to MIT Technology Review, chip maker Intel is involved in the race to build quantum computers that should offer immense processing power. Competitors Google, Microsoft, and IBM are also developing quantum components different from the ones to be found in today's computers. But what's different in Intel's approach is the fact that the chip maker company is trying to adapt the silicon transistor of existing computers for the task.

Researchers in the Netherlands, at TU Delft's QuTech quantum research institute, collaborate with a team of Intel quantum hardware engineers in Portland, Oregon. A $50 million grant has been established last year in order to fund their research. Intel's group reported earlier this month that they can now apply the ultra-pure silicon required for a quantum computer as a layer onto the standard wafers currently used in chip manufacturing facilities.

With this strategy, Intel is an outlier among industry and academic groups working on qubits. No company has yet advanced silicon qubits that far. Other rivals, such as Google's Quantum Dream Machine, can only run code on prototype chips with several qubits made from superconducting circuits.

In order to be broadly useful, a quantum computer would need to have thousands or even millions of qubits. Jim Clarke, who leads Intel's project as director of quantum hardware, believes that silicon qubits are more likely to get to that point. According to Clarke, one thing in silicon's favor is the equipment and the expertise already involved in making conventional chips should allow work to progress quickly on perfecting and scaling up silicon qubits.

Intel Is Ensuring Its Survival In A Post-Moore's Law Era

According to Computerworld, in order to adapt to a post-Moore's Law era, Intel realizes that it is necessary to invest in technologies to drive computing beyond today's servers and PCs. CEO of Intel Brian Krzanich said during a question-and-answer session at the company's investor day on Thursday, Feb. 9, that the chipmaker is "investing heavily" in neuromorphic and quantum computing.

Intel needs to allocate more resources to researching these emerging technologies in order to ensure its survival for many more decades to come. Cramming more features into shrinking silicon chips is becoming difficult and the company is reportedly already having trouble in manufacturing smaller chips.

Following the Moore's Law, Intel has reduced the price of devices, while making faster and smaller chips. But Intel's manufacturing struggles are growing, while Moore's Law is changing. As the Moore's Law is slowing down, Intel needs to find new solutions in order to preserve its ability to make and deliver chips.

Intel is unconcerned about rival AMD's Ryzen CPU, thanks to its own road-map planning to launch the new Cannonlake CPU.

Reports speculate that Intel is preparing to launch new Core i5 and i7 processors to compete with rival AMD Ryzen.

Intel Corp. doesn’t have a modem capable of gigabit LTE. While there’s one on the way, it’s not expected to be ready in time for the new Apple iPhone smartphone.

AMD is being much more aggressive this time around, taking on Intel’s entire product stack in desktop, high-end desktop, and in servers via Epyc, while simultaneously prepping updated APUs with Vega graphics for mobile and budget desktop markets.