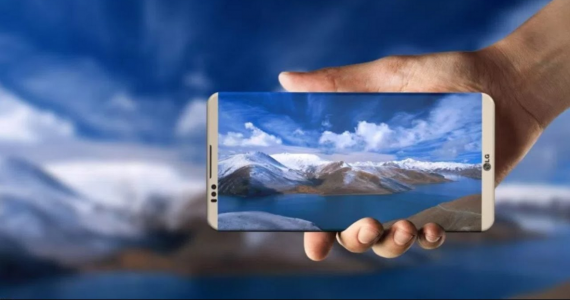 The LG G6 is rumored to have the new 32bit Hi-Fi Quad DAC which will control both the left and right sound channels of the device as well as reduce static noise. (Photo : DroidModderX ROOT Master/YouTube)

The G6 model will be LG's flagship smartphone for 2017 and it is said to take over from the questionable G5. Unlike what others are saying, the LG G5 certainly wasn't boring as for me. With two rear cameras and a slot for its compatible accessory that allowed you to modify the hardware, we can consider it as a smartphone that really thought outside the box. But when the LG G6 launched, I bet you won't mind LG G5.

LG has upgraded its audio prowess for the G6 unit smartphone with a new Quad DAC (Digital-to-Analog Converter), as confirmed by the South Korean tech company. As reported by ZDNet, the new 32bit Hi-Fi Quad DAC has great features. One of its boastful capabilities is it controls the left and right sound channels of a smartphone separately. It also offers a better and balanced sound output compared to the predecessor as well as reduces static noise.

As reviewed, LG first put a Quad DAC on its V20 smartphone released last year. But the new Quad DAC chip, which will be seen on the upcoming LG flagship smartphone, has higher circuit integration. This feature allows a sound distortion rate as low as 0.0002 percent. DAC also converts 0 and 1 digital audio signals to make analog via a chip on the smartphone more functional. based on its name, Quad DAC puts a total of four DACs in one chip, reducing the size by a fourth and static noise by 50 percent.

As reported by TechRadar, LG G6 will have a luxurious look, with either glass or metal body and has no modules. The leaks regarding the design of LG G6 hint that a more stylish look and solid build quality smartphone that will be seen from LG homecourt. An anonymous source told an established Korean site that LG will be using a tempered glass back on the new flagship.

A render leak adds that the dimensions of the upcoming LG G6 are apparently 148.8 by 72.3 by 8.3mm, which would make it just similar size with the LG G5, but in terms of margin, it will be thicker. Whatever final design the G6 gets, the main focus of LG according to the company itself is "aesthetics and usability." The interchangeable modules or what LG calls "friends" are out by the sounds of things, with LG's chief technologist Skott Ahn saying that LG is moving away from modular designs.

According to a report, the LG G6 will be large and will have 5.7-inch Quad HD display, minimal bezels around the screen and run ultra-wide 18:9 aspect ratio. A leaked photo of the LG G6 claimed that it'll have a 90 percent screen-to-body ratio with minimal bezel. As the prototype is the concern, the LG G6 will be slimming down the bezel further than ever before, as well as including chamfered edges of the smartphone.

Dubbed as QHD+, the screen of the upcoming LG G6 is 1440 by 2880, for a pixel density of 564 pixels per inch. It is also said to have 30 percent less power-hungry than the previous generation of LG QHD displays, that includes having smaller bezels, better touch performance as well as being easier to view in direct sunlight. Going back to the past products of LG, the company already produces OLED displays for TVs as well as the Apple Watch Series 2. In that case, it would make sense if the company installed one on the G6 smartphone.

Android Wear 2.0 Release Date, New Features And List Of Devices Getting The Upgrade

Google has finally launched the Android Wear 2.0 to revitalise the smartwatch market. One of the best updated features is the Google’s new voice-activated smart assistant that can only be seen on Pixel smartphones.

Tech-inspired things are not the most romantic gifts for your loved ones, but with a bit of thought, it can be a great way to give them a gift they'll really want.

Samsung Galaxy S8 To Be Launched In New York Next Month

It has been claimed that Samsung's "make or break" Galaxy S8 smartphone will finally be unveiled at a special event in New York on March 29 and will go on sale around April 21.

The new 3D render of the Google Pixel 2 XL made by Concept Creator shows impressive features including a bezel-less display.