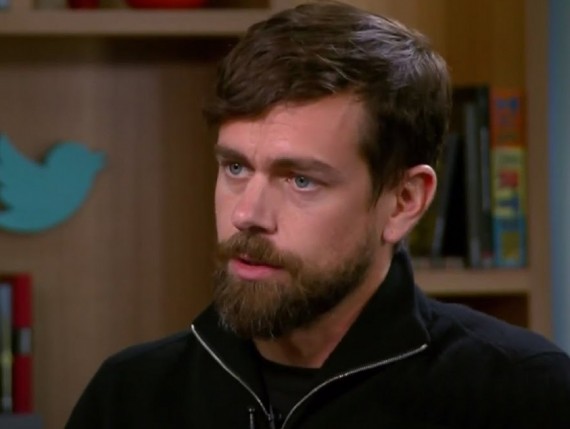 With this particular move, Jack Dorsey not only increase its power in Twitter, but also send an optimistic message to investors, just after Wall Street analysts lost their faith in the platform. (Photo : CNBC/YouTube)

Although Twitter´s problems are quite known in the tech business, one of the most surprising news last year was the one that revealed how many of the platform´s board´s members wanted to sold the company, since they believed that the social media network is a lost ship that needs to be acquired. Nevertheless, the most powerful voice that stood against this unpredictable consensus was Jack Dorsey´s, the Twitter CEO that claimed that the company must keep its independence. Although his was against the board´s members seemed as a lost one, he just made a move that could change the balance.

Jack Dorsey´s Buying Was Made In Two Separates Purchases

Believe it or not, Jack Dorsey just bought $7 million worth of Twitter´s stock in the open market, which clearly represents a really aggressive action that would definitely give him more power in the company he founded some years ago. In fact this is something that could close the door to a possible takeover from any other major company, given the fact that Dorsey´s position on this particular matter will be stronger than ever, and he already explained that he doesn't want to sell Twitter.

Apparently, the documents regarding the buying were filed with the Securities and Exchange Commission on Tuesday, and the filings shows that Jack Dorsey actually made two separate purchases of Twitter´s stocks. The first one was only about $1 million on Monday, while the other one was of $6 million worth of Twitter stock on Tuesday. In fact, he actually tweeted out the filings saying that he loves Twitter.

Increase Of Power And A Clear Message To Investors

Naturally, this situation clearly solves one of the main issues that Jack Dorsey has been dealing since he got back as Twitter´s CEO, since in addition to the financial crisis that the social media network is suffering, the main issue is that users´ numbers are not longer working, since there has been a leak and decreased that the platform doesn't know how to fix. In fact, there has been a lot of measures to fight against the online abuse and harassment, but far from making any progress, this solutions has been so inefficient that Twitter has been forced to make a u-turn in most of them.

Of course, another reason why Jack Dorsey made this move was to show the investors that Twitter can have a great future, which unfortunately represents something quite uncertain, especially after it was known that Wall Street stock analysts lost their faith in the social media network, to the point in which they actually made really rough comments about its situation.

As you might think, Jack Dorsey´s actions seems as a quite expensive price to gain more power on the platform, especially if you take in mind that Twitter is actually facing a worse moment than last year, when there was a slight change that the company could get acquired. At that time, it was presumed that Disney would made the move, but this company decided to get away from a deal, maybe because it was known that acquiring Twitter means buying a lot of problems with no solutions on the horizon.

Twitter Will Feature Periscope´s Videos In Its Top Trends

If this strategy doesn't work out, Periscope will practically lose a lot of popularity, given the fact that Twitter already tested this social media separately, and the results weren´t exactly great

Twitter Rolls Back New Abuse Tool: Is This A Good Or Bad Move?

Online abuse and harassment are some of the most concerning issues that users are facing in social media Twitter, and the platform hasn´t found the way to solve it for good.