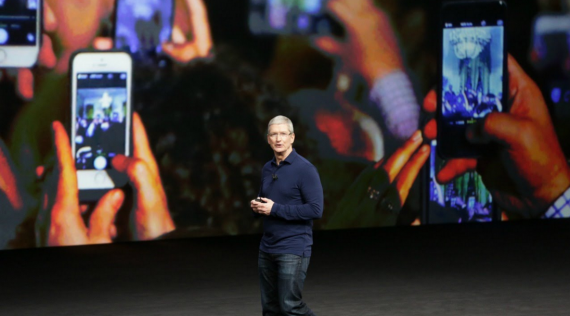 Apple scheduled its annual Worldwide Developers Conference in San Jose. The event is said to discuss all Apple products especially its iOS, macOS and Apple TV as well as the expected updates on each gadget. (Photo : TechCrunch/YouTube)

Today, Apple set June 5 to 9 as the schedule for its 2017 annual Worldwide Developers Conference. After 13 years In San Francisco, the said event will be held in San Jose. Aside from that, the announcement was made weeks earlier than usual. Apple has typically publicized the schedule of WDC much closer to the event.

The 2017 WWDC, especially its opening keynote, has been one of the annual milestones of Apple for industry analysts as well as the media. This is because the company uses it to show the next edition of ts product and other devices. This year, the event is said to be focused on its iOS, Apple's operating system, and will promote changes in the updates to MacOS, watchOS as well as tvOS.

According to Computer World, this year's WWDC will open on Monday, June 5, with a keynote led by its very own CEO Tim Cook. It will be backed up by a supporting cast that will certainly include senior executives such as Craig Federighi and Philip Schiller. Federighi is the one who runs and leads the company's software engineering groups while Schiller is Apple's lead marketer.

The said keynote is expected to start at 10 in the morning PT (1 p.m. ET) and Apple will undoubtedly live-stream the hours-long occasion to the public just like the past events. If ever the company will stick with its habit, Apple will also release the beta code for its various operating systems to developers and then launch the upgrades sometime on fall. This year's WWDC moves to McEnery Convention Center in San Jose, California. Apple decided to end a 13-year run at San Francisco's Moscone Center.

In a press release, Apple mentioned that the reason behind its shifting to San Jose. The firm said that the new locale was "located just minutes from Apple's new headquarters." The new campus that is still under construction is considerably closer to San Jose compared to San Francisco.

Tickets for the 2017 WWDC will go on sale on March 27 at exactly 10 a.m. PT (1 p.m. ET). Just like in the past years, it will be allocated after a random drawing. Back in 2014, the lottery replaced the first-come-first-served process, which had annoyed the developers, especially who missed the opportunity when tickets sold out in just a few minutes. Those tickets have again been priced at $1,599.

According to the International Business Times, the developers do not need to worry because they will be able to apply for tickets this spring for WWDC. If ever they will not be fortunate enough, the event will be live-streamed through the website of Apple Developer. In additional, there will be a 2017 WWDC app for Apple products such as iPhone, iPad and Apple TV which allows the user to be updated on what is happening in the event.