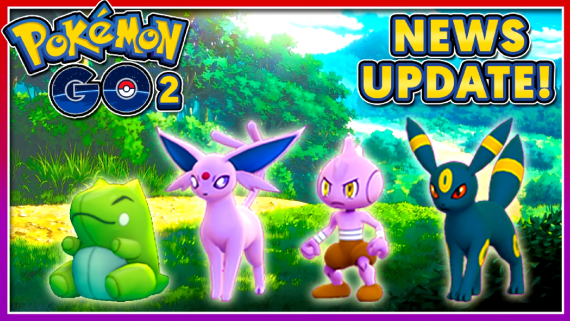 Pokemon Go Gen 2 has been out for almost a week now and Niantic introduced tons of new Pokemon and Evolution items to the game. Meanwhile, here's a basic guide on how to evolve these new set of Pokemon including the ones with Evolution stones. (Photo : Twintendo/YouTube)

Niantic has just released the most awaited Gen 2 update and it brought about a myriad of new contents for both existing and new fans. One of the enticing and noticeable updates is the night and day feature in the game. Apparently, this feature also affects the evolution of certain Pokémon including the renowned Eevee after adding the current "friendship" option in the game.

A research conducted by GO Hub reveals how Niantic added a subtle interaction between night/day feature and buddy mechanics on the evolution of Umbreon and Espeon. According to the report, there are two ways in obtaining the two Gen 2 Pokémon: first is by using the name trick and the second is by evolving Eevee while under certain special conditions.

The main advantage of the latter is that, unlike the name trick, you can actually repeat the process over and over again. Although this process may take a little while, it's still amazing how Niantic adds some spice to their mega hit, Pokémon GO. If you're interested in evolving Eevee to either Umbreon and Espeon, here are the special requirements you must meet.

Pokémon GO: How to Evolve Umbreon and Espeon

Based on GO Hub's research, these are the following conditions you need to satisfy in order to evolve the aforementioned Gen 2 Pokémon: First: The Eevee must have 10 KMs walked and 2 Candy collected as your Buddy. Second: The Eevee must be set as your current Buddy during evolution. Third: Evolving such Eevee at night will yield Umbreon (Dark)
Fourth: Evolving such Eevee at day will yield Espeon (Psychic).

Here's How the Research Was Conducted

Two active communities have conducted the research, first is GO Hub's community in Croatia and the second is the global readership community in Leipzig, Germany. According to the report, the research was conducted for three days. During that time, 23 Eevees were evolved under certain conditions. The initial hypothesis was similar to how friendship affects the evolution of Eevee and other Pokémon from the original series - in order to obtain Umbreon and Espeon, one must increase the "friendship" level of that Pokémon. Here's the summary of the test:

The test revealed that Niantic has now added the friendship mechanic from the original series in Pokémon GO and that it also adopted how Eevee evolves from the original series. Although the research didn't yield either Espeon or Umbreon via random evolution, it's still too early to conclude that it's impossible. Nevertheless, the test definitely shows that you can evolve Espeon and Umbreon by satisfying the aforementioned conditions.

Are you tired of catching rare Pokémon in the wild or simply aren't having any luck in finding Gen 2 Pokémon? Do not fret as you can now evolve your current Pokémon into Gen 2 Pokémon using the right ingredients! Check out how.

American courier, Sprint has just revealed the release date of Gen 2! Learn more about the upcoming changes in Gen 2 here.

You can now enjoy a Pokemon game in the Minecraft universe without ever having to rely on mods! Meet Pokemon Cobalt and Amethyst, the first Pokemon-themed Minecraft map that's entirely mod-free!

There are actually perks when choosing not evolve your Pokémon beforehand in Pokémon Duel. Here are some tips and guide about evolution in Pokémon Duel that you need to know.