2018 GMC Terrain: A Diesel-Powered Engine Is Coming Our Way Soon 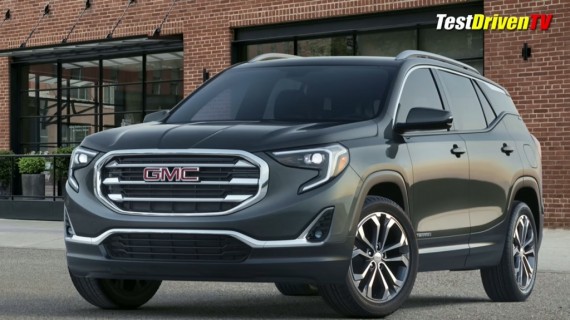 It's official. The 2018 GMC Terrain will really offer a diesel powertrain. (Photo : TestDrivenTV/YouTube)

With growing demand in the U.S. auto market for diesel-powered vehicles, automakers strive to give the market what it wants. Few automakers have been successful in bringing diesel engines in North America and GMC is one of those automakers. Following the debut of the 2018 GMC Terrain, the automaker announced that the new model would also be receiving a diesel engine.

GMC has already confirmed that the 2018 Terrain will be adding a diesel-powered engine in its powertrain lineup this year. According to report, the 2018 GMC Terrain will offer three new engines and they will all be turbocharged.

Here comes the sweet part for those that are in the market for diesel-powered vehicles. The 2018 GMC Terrain's third powertrain option will be a 1.6-liter turbo-diesel that can generate 137 horsepower and 240 pound-feet of torque. Accordingly, this powertrain will be paired with a six-speed automatic transmission that will transfer the power through a front wheel drive (FWD) configuration or an all-wheel drive (AWD) setting depending on which one you prefer.

Even though the oil prices are at an all-time low in the U.S., certainly you would want to take fewer trips to the gasoline station. That is where the diesel-powered engine for the 2018 GMC Terrain comes into the picture. Diesel-powered engines are very well known to deliver the kind of fuel efficiency that does not even require vehicles to by hybrids.

According to report, the 2018 GMC Terrain and its 1.6-liter turbo-diesel engine can offer up to 40 miles per gallon fuel efficiency in the highway. Given this fact, we can expect it to offer more than 30 miles per gallon range in the city and combined.

The interior also features a seven-inch touchscreen for its infotainment that can be upgraded to an eight-inch model if you prefer something bigger. Lastly, the 2018 GMC Terrain has several packages for its safety features but the automaker has not yet revealed how it would be divided into different trims.

The 2018 GMC Terrain is scheduled to make another appearance at the 2017 Cleveland Auto Show that is schedule to kick off on Feb. 24, 2017. The event will last until March 5, 2017 and will be held at the I-X Center. If more information is to be revealed about the 2018 GMC Terrain, it will surely be announced during the 2017 Cleveland Auto Show, which means it would be the perfect opportunity to check it out.

2017 Mazda CX-5: Diesel Engine Is Making Us All Impatient

The 2017 Mazda CX-5 is arriving soon but its Diesel engine is making us wait a little longer.

Ford is finally giving us an F-150 with a diesel-powered engine later this year.

Dodge has revelead yet another one of its teasers and this time, the video hints of a quick launch for the 2018 Challenger SRT Demon.

The all new 2018 GMC Yukon Denali gets a new 10-speed automatic transmission upgrade as part of a refresh.

The All-New Nissan Armada: Is It Really The Best SUV To Date?

The new, second-gen Nissan Armada finally arrives 12 years after the first one. But this time around, the new Armada has literally gone on Patrol which we get as the current Infiniti QX80 but have never been offered with Nissan badges.