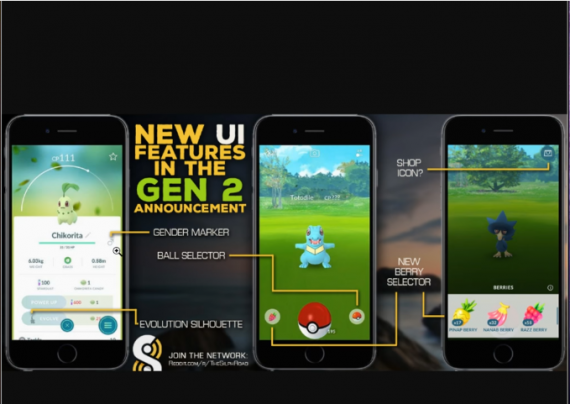 Niantic has once again, made huge changes to all the fast moves but in this time, virtually all the moves have been significantly nerfed. (Photo : PhillyBeatzU / YouTube)

Niantic has been quite busy as of late especially with regards to incorporating various changes and updates in Pokémon GO. Today, the developers have once again, made a huge update on the GAME_Master file which was later known to be the changes for almost all Fast moves in the game. Apparently, most of the changes are going to nerf virtually all Fast moves except for a few ones which will all be listed down below.

As reported by GO Hub, Niantic has once again made a huge balance update on all Pokémon including the newly added Gen 2 Pokémon particularly on their Fast moves - where most of the existing ones are getting significantly nerfed. This is by far one of the biggest changes to all Fast moves in the game. Here are the highlights of the changes:

As mentioned above, you should expect the changes to be mainly of a nerf to all fast moves. But do not fret as there are some that were actually buffed. To start off, we'll be looking at all the buffed quick moves.

These four Fast moves are the only ones that received buffs on all departments. Meanwhile, the rest of the remaining fast moves were either completely nerfed or have been incorporated with mixed changes. Here are some of the significant nerfs:

These are some of the most significant nerfs currently live in the game. To view all of the changes, check out GO Hub here. It's worth noting that these changes are just part of the upcoming updates that will soon be dropped in the game in the next couple of weeks. We may be seeing a lot more nerfs and buffs depending on the feedback from the community.

While these changes may truly be disappointing to some, Niantic makes up for it with some of the hidden features currently in the game. Earlier we reported that the developers have finally incorporated the friendship evolution in evolving Eevee into either Espeon or Umbreon. You can check the full guide here. Check back for more Pokémon GO News and Update!

A test revealed that Niantic has adopted the friendship mechanics from the original series in evolving Umbreon and Espeon. Here's how you can 100% evolve your Eevee into Umbreon and Espeon using the buddy system and the night/day feature in Pokémon GO.

Are you tired of catching rare Pokémon in the wild or simply aren't having any luck in finding Gen 2 Pokémon? Do not fret as you can now evolve your current Pokémon into Gen 2 Pokémon using the right ingredients! Check out how.

American courier, Sprint has just revealed the release date of Gen 2! Learn more about the upcoming changes in Gen 2 here.

You can now enjoy a Pokemon game in the Minecraft universe without ever having to rely on mods! Meet Pokemon Cobalt and Amethyst, the first Pokemon-themed Minecraft map that's entirely mod-free!

There are actually perks when choosing not evolve your Pokémon beforehand in Pokémon Duel. Here are some tips and guide about evolution in Pokémon Duel that you need to know.