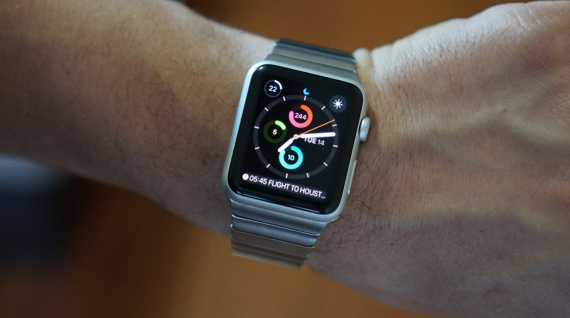 Apple Watch Series 3 will use a glass-film touch display solution this time around, instead of the glass on glass solution that has been used so far, a reliable report claimed. (Photo : Pocketnow/YouTube)

As of today, not much is known regarding the upcoming Apple Watch Series 3 but an online leak is offering a little knowledge about the rumored Apple smartwatch. However, a new report drops light on the Apple Watch Series 3 display panel saying that a different display technology will be applied this time around. According to the report, the Cupertino company may opt for a new glass-film touch display for the Apple Watch series 3 instead of the existing touch on lens (TOL) panel.

Digitimes reported that Apple is planning to use a new glass-film touch display solution for the upcoming Watch Series 3, instead of the glass on glass solution, which has been used so far. TPK Holding has been very responsible for producing glass on glass display panels specifically for the Apple Watches since two years. However, TPK is said to be quitting the touch panel production for Apple Watch.

The TPK Holding has had many yield issues and unfortunately, it hasn't been able to meet the quality demand of Apple. That is why the company is looking to stop all the display production for Apple Watch altogether, instead focus on the production of the 3D Touch embedded OLED displays. And considering all the cost and yield rates, Apple will surely adopt G/F (glass-film) touch solution to replace TOL for the upcoming Apple Watch.

According to Gadgets360, the most awaited Apple Watch Series 3 is expected to come with cellular or mobile connectivity, a better battery life, sleep tracking feature and an always-on display. Fans can assume that it will arrive sometime in the fall with the new watchOS 4 software that will run out of the box. The Apple Watch Series 3 which may support loads of other activities is definitely a better wearable tech.

As reported by a reliable source, a patent was filed by Apple to get the approval for the production of an inductive charger. This feature may be used in the strap of the Apple smartwatch. Although the patent was filed by Apple in 2015, it has just received an approval on Feb. 2 this year directly from the U.S. Patent and Trademark office (USPTO).

The leaked images on the patent filing revealed that a small wire will be connected to the battery and on the strap to the back of the device. Even though there is no solid evidence, many critics are saying that it will be seen as one of the features of the Apple Watch Series 3.

Google did not announce a time frame as to when VoLTE would roll out to all Project Fi users but said it would update as the testing progresses.