How To Fix The Server Not Responding Error In Ark: Survival Evolved 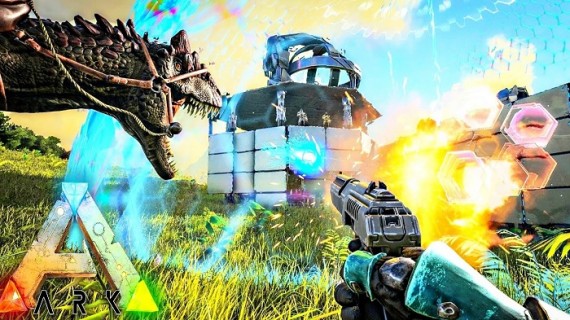 One of the common issues Ark: Survival Evolved players are facing is the so-called "Server Not Responding" error. (Photo : Anthomnia/YouTube)

When Ark: Survival Evolved was released, many didn't believe in its potential. Most players didn't realize that this title will eventually become among the best of today. And this is exactly what's happening with Studio Wildcard's tentpole franchise. However, just like any other games, it has its own flaws, too. One common issue players are facing is the "Server Not Responding" error. Well, here's how to actually fix it.

As noted by WindowsReport, the aforementioned error in Ark: Survival Evolved is quite understandable in one way or another. This is due to the fact that the game is still in the Early Access phase. So, in a sense, a good number of issues and whatnots are to be expected. And of course, the studio are fully aware of it. It's even only right for them to address or resolve these issues prior to the release of the game's final version.

Going back to the "Server Not Responding" error in Ark: Survival Evolved, this one here roots from the game having plenty of servers. In fact, this is a very common thing in games that feature such capability. Heck, not to mention that these customer servers are created by the players themselves. This, in particular, is already a gray department, so to speak.

Servers Should Be Updated

When playing on a dedicated server in Ark: Survival Evolved, it's important for players to ensure that the servers are up-to-date. If for whatever reason, the error tends to show at first glance, the ideal thing to do is to restart. Doing so will allow the server to update, as both the client and the server are on the same version. It's worth noting that there are times, the game becomes unstable -- something that most players have already noticed. Again, as mentioned above, the title is yet to be in its full version; hence the sporadic server downtime. In most cases, this tends to be fixed in an upcoming patch or update, similar to the ones mentioned in the official forum site of the game.

The Game's Integrity Must Always Be Verified

This is one of the biggest mistakes Ark: Survival Evolved fans always do. They undermine the possibility of the game's files becoming corrupted or incomplete. In reality, these can all result to various issues -- one being server connectivity problem. Hence it's very important to always check the game's integrity. It doesn't have to be on a frequent scale, but perhaps on a scheduled timeline.

To do this in Ark: Survival Evolved, first is to visit the game's Steam Client. Next is the open the Library, and right click the game. Simply open the Properties and go straight to the Local Files. Once there, choose the selection that says Verify Integrity of Game Files. This will automatically find and/or replace any missing/corrupted files if there are.

Games such as Ark: Survival Evolved require a great amount of stability from a player's connection. This one here is basically talking about the bandwidth. And, if and only if, some background programs are running, a good amount of bandwidth is also being consumed. Apparently, this could either interfere or destabilize the game's server. As a result, connectivity issue is happening. So, as much as possible, when playing the game, remember to disable those background programs. Just turn them on when the need to do so is there.

Wondering what new TEK structures are coming to Ark: Survival Evolved? Check this one!

Studio Wildcard is once again set to release another group of updates for their hit title Ark: Survival Evolved.

Want to experience the beauty of Ark: Survival Evolved in VR? Check this out now!

The Ark Survival Evolved community is definitely in deep shock. Check it out here!

Studio Wildcard has just released a brand new update on the Xbox One version of Ark Survival Evolved. Check it out here!