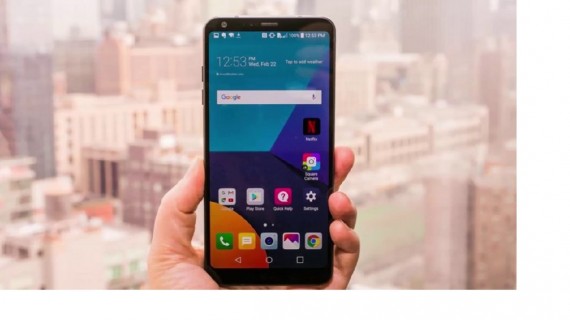 With the Frontback feature, the LG G6 would have more chances to make an important hit in the market, given the fact that it will allow to take incredible pictures. (Photo : Tech Tube/YouTube)

The Frontback feature has been one of the most exciting apps in mobile devices, thanks to the fact that this is something that allows users to share their best-captured memories in photos. Although anyone could still download it, this has been inactive for a couple of years, but now the highly-anticipated LG G6 has it as a feature called Match Shot.

The Frontback Feature Could Help LG G6 To Get Huge Sales

During the Mobile World Congress in Barcelona, the South Korean company unveiled its flagship to the world, after several months of great expectations to compete with its rival Samsung. Fortunately, the LG G6 confirmed the recent rumors regarding its specs and included is the Frontback feature set to blow customers´ mind.

This so-called Match Shot has an interesting photo format with two square-ish pictures that allows taking a selfie and at the same take a picture of what you´re looking at. Once you take the photo, these two are combined in a playful mini collage that will probably end up becoming one of the most characteristic details about the LG G6, even when this is something that already existed.

In fact, the company got to the point of taking a little time to explain the feature, using an example of a dog with a person´s body. As you might think, Instagram lovers will definitely love it, considering that taking pictures with the Frontback feature of the LG G6 will be a unique experience.

What seems quite interesting in this situation is that the South Korean giant decided to bet on this particular feature, considering that the Frontback app was stagnant. Nevertheless, LG is clearly showing how the company wants to gain the maximum amount of sales with the LG G6, and betting on anything related to the camera was its strategy.

Another great detail about the LG G6 is that in addition to the Frontback feature, there are more incredible options for taking pictures in an interesting way. This way, the flagship offer other three additional features that will help the customers to improve their Instagram pictures with different shooting modes: Snapshot, Grid Shot, and Guide Shot.

On one hand, the Snapshot mode is characterized for splitting the screen in two, with the top half acting as the as a viewfinder for the camera, while the bottom half used to show a picture preview right after you take it. The beauty of this LG G6 feature is that you don´t have to jump back and forth between the camera app and the gallery to make sure you captured a good photo.

On the other hand, the Grid Shot is quite similar to the Frontback feature, but the main difference is that this one allows you to capture four photos, which are then placed in a two-by-two grid that can be eventually shared to any social media you want. Finally, the Guide Shot feature of the LG G6 lets you choose any image from the gallery, and then shows an overlay of the picture to help you take a new photo with the same composition as the previous.

Google assistant´s availability for many Android devices represents a major threat to Apple and poses a major strategy of the search giant to make more people uses its voice assistant.

The Mi Max 2 is said to sport impressive specs and features, competitive enough in the Chinese phone industry.

Although LG´s strategy with its budget smartphones seems interesting, it would have to compete against powerful Chinese brands like Oppo, Vivo, Xiaomi and Huawei.

The new 3D render of the Google Pixel 2 XL made by Concept Creator shows impressive features including a bezel-less display.