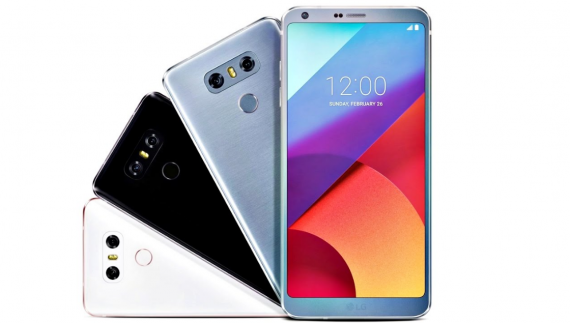 The LG G6 is a much more conservative design than its predecessor, taking the form of a sealed unit that drops the removable battery, replacing it with a larger-capacity power pack and waterproof shell. (Photo : XEETECHCARE / YouTube)

LG G6 is a tall, thin and beautiful smartphone. It is just a normal size of a smartphone and it fits nicely in your hand since it gives you a more solid feature than last year's LG G5. According to reports, LG needs a win in the smartphone game with its G6 because its mobile division is already losing revenue in the face of strong competition from the rivals such as Apple and Samsung.

Compared to LG G5, the all new LG G6 has a much more conservative design, taking the form of a sealed unit that leaves the removable battery feature and replacing it with a larger-capacity power pack as well as a waterproof shell. The screen of the LG G6 has a cut which matches the frame and gives it a really premium feel, especially on your hand. The smartphone has a metal subframe and both the front and the back of the device are finished with Gorilla Glass.

According to Forbes, the final production units will have an anti-fingerprint coating, but these early samples don't have it. Unexpectedly, LG G6 isn't using the latest chipset from Qualcomm, therefore you won't be getting the full function of the Snapdragon 835. However, LG affirms that this was a decision to benefit the consumer. The screen is the only place where innovation is still present since it has 18:9 display, which gives more screen real estate to play with and little changes to the user interface to utilize the extra pixels.

The LG G6 is covered in a mixture of glass and metal, with two sheets of Gorilla Glass framed with a rim of aluminum. It has narrow bezels that have been shrunken from both top and bottom to create an impressive effect when the user turn the phone on. The rear part of the smartphone is smooth, with no protruding camera bump. However, LG said that it chose slimmer sensors compared to more advanced camera tech to make a sleeker and smoother design.

There are 2 sensors on the back of the phone, place just above the round fingerprint sensor, which also doubles a power button. It will be coming in platinum, black and white variants at launch, although it was strongly hinted that more colors will be popping up very soon. The platinum variant is the most alluring of all the said colors, with a metallic sheen under the glass of the device that catches the light nicely. However, the combination of the white option, together with two cameras and around fingerprint sensor below, makes the LG G6 look a bit like a surprised ghost.

LG is still using the pervasive image on the lock screen. Meaning, you can still see the time without needing to turn on the smartphone device. The most interesting part here is the impressive addition of Dolby Vision / HDR 10 support for HDR contents. According to rumors, LG has been working with Netflix as well as Amazon to bring that content to a mobile app and there will be a few to choose from at launch. This means you will be able to get extra color and customize other detail to your movies that are encoded in this format

According to TechRadar, the LG G6 camera remains very similar to last year's LG smartphones, but still upgraded in a little way. The camera of LG G6 has same normal and wide-angle lenses, but they're now both 13MP. However, the aperture and pixel size are not improved. Therefore, you are not going to get better outputs from your day to day with the new LG G6 handset.

The main image sensor packs of the LG G6 has optical image stabilization, and have a warmer image quality about with a faster f/1.8 aperture. The other wide-angle sensor is f/2.4 but lacks the same stabilizer, so images can come out less sharp. However, the overall quality of the image was good and clear, even at this early stage for the handset, the camera and battery are probably the things being tweaked up until the very last minute, so it's fine to say that the LG G6 could even improve massively here before launch.

Consumers and small businesses can now get unlimited data with U.S. Cellular for as low as $40 per line for lines or just $60 per month for a single line with autopay/paperless billing enrollment.

Earlier this week, Apple confirmed it is opening up Apple Park, a project started by Jobs, in April. The 175-acre campus includes a ring-shaped building and 1,000-seat theater bearing Jobs' name.