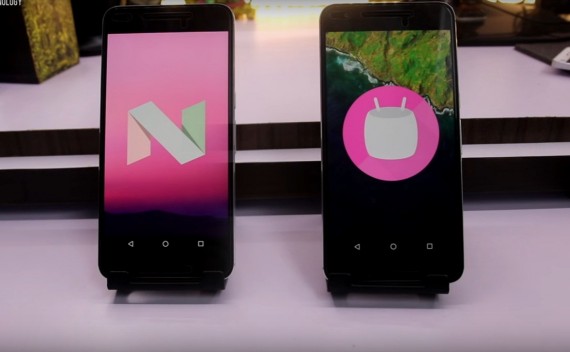 The Google Assistant will be made available to Android Marshmallow and Nougat. The first roll out will come to the U.S. this week following other English speaking places as well. (Photo : Maurson Technology/YouTube)

Good news to non-Pixel phone users. Google has just announced that the Google Assistant will be coming to Android Marshmallow and Android Nougat devices. The first rollout will be in the U.S. and will be followed in other English speaking countries as well.

It Is Coming To The US This Week

According to Tech Crunch, Google has set a goal to expand its place in the mobile ecosystems. Apparently, the company has announced that the Google Assistant will begin rolling out this week to users in the United States followed by English speakers in Australia, Canada and the United Kingdom. It will also be rolled out in Germany as well. Upon receiving the Google Assistant, Tech Times suggested that there will be no need to update the handsets to receive it.

The Google Assistant is believed to be on par with Amazon's Alexa, which is also currently available in English and German. However, Gummi Hafsteinsson, product manager lead for the Google Assistant, wrote on a blog post that the company plans to add more language over the coming year.

How This Is A Big Step For Google

Aside from the good news of Google's plan to roll out the Google Assistant on Android Marshmallow and Android Nougat devices, this will also be a big step from the company's Google Now search app with third party service integrations ("Actions") and a bot-like intelligent, conversational interface. Thanks to this, non-Pixel owners will be able to access the service with the Google's now-famous wakeup phrase, "Okay, Google" to do things such as take a photo, set and access calendar items, ask for translations for phrases, ask for directions to places and much more.

Though this may seem to be quite a grand expansion for the Google Assistant, its reach is still limited as of now. According to Google, only 31 percent of Android devices are running on Marshmallow, while only 1.2 percent are running on Android 7.0 and 7.1 Nougat. But nevertheless, this can still be considered a huge step towards the availability of the Google Assistant on non-pixel phones running on Android or the company's goal in general of expanding its place in the mobile ecosystem.

Aside from Google announcing to roll out the Google Assistant to Android Marshmallow and Nougat, the company is also reported to roll out another update/fix for its own Pixel phones. Yes, the Google's Pixel phones have a new issue. This time, it is suffering from connectivity problems, specifically its Bluetooth feature.

Following the release of its February security patch, Google Pixel owners have been reporting that its Bluetooth feature would randomly turn off even though the paired devices (Smartwatches or wireless earphones) were within range. Thankfully, Google has acknowledged the feedback given by the users and promises to deliver a fix soon. Orrin, Pixel Community Manager has even promised to post details of the possible fix. Regarding as to when the fix will come, it is believed to be next month.

Another recent move by Google is the release of the Android 7.1.2 Nougat Beta for the Nexus 6P. It is currently available via OTA, which comes in 1.29 GB. However, this new update is only applicable to the devices that were enrolled to the Android Beta Program that you can sign up if you want to.

Last month at the 2017 Consumer Electronic Show, the Samsung Chromebook Plus was showcased. Now, the said device retails for only $449 with a $20 Google Play Store credit included.