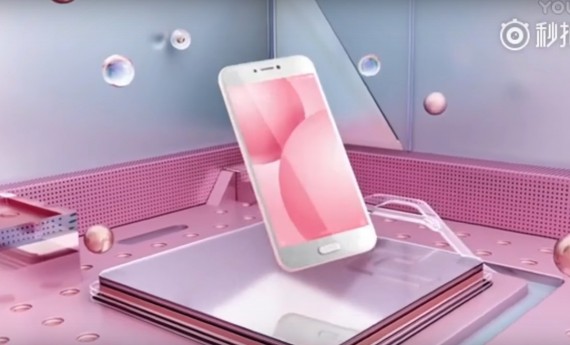 Xiaomi has finally unveiled the Xiaomi Mi 5c packing the company's own in-house chip, the Surge S1. The phone's specs and features have also been unveiled as well. (Photo : Gadget View/YouTube)

Finally, after a long time of speculation whether the Xiaomi Mi 5C will house a "Pinecone" processor or not has been answered. The name of the new chipset is Surge S1.

According to CNET, Xiaomi has announced that Mi 5C will be packing the 2.2 GHz Surge S1 chipset. The said chipset is built by Pinecone, a subsidiary started by the company two years ago. Xiaomi even claimed that the S1 Surge chip outperforms the Snapdragon 625, Qualcomm's midrange chipset. Furthermore, the Mi 5C is now known as the first smartphone to ever carry the company's very own in-house chipset.

History Of The Surge S1 Chip

As per Engadget, the Surge S1 chip had been an ongoing project since Xiaomi subsidiary Pinecone's establishment on Oct. 16, 2014. According to Lei Jun, the CEO of Xiaomi, Pinecone finished its first chip on Sept.19. Then on Sept. 24, the team made the first phone call using the chip's modem, which was followed by a successful screen boot-up two nights later. The Surge S1 chip was only finally good to go until 17 months later.

How Powerful Is The Surge S1 Chip?

Apparently, the chip consists of eight battery-friendly Cortex-A53 cores, four of which are clocked at 2.2 GHz while the other four at 1.4 GHz. In regards to its graphics performance, it is equipped with a Mali-T860 MP4 GPU, which is good enough for an average game. However, is has been noted that with these specifications, it is not close enough to match the performance of other high-performance chips. Instead, it falls closer between the performance of the Snapdragon 625 and of the Helio P20 processors.

More About The Mi 5c's Specs And Features

For the design, the Xiaomi Mi 5c features a body dimension of 144.4 x 70.7 x 7.1 mm. It has a front-facing fingerprint reader, dual-Nano SIM slots and a China Mobile Radio with VoLTE Support. Its casing color designs come in rose gold, black and gold variations.

For its internal memory specs, it features 64 GB of eMMC 5.0 storage with 3 GB of LPDDR3 RAM, no mention if there will be an expandable memory option. For its camera specs, the Mi 5c features a 12 MP rear camera with an aperture of f/2.2 and an 8 MP front camera with f/2.2 aperture.

Thanks to its battery-friendly Cortex-A53 cores, the Mi 5c will be housing a 2,860 mAh battery, thus achieving a slimmer metallic body in return. And in case you have doubts on its battery life, it also features a 9V/2A quick charge support which is guaranteed to come in handy as well. The Mi 5c, as reported, will hit the Chinese midrange market on March 3 with a price of 1,499 Yuan, which translates roughly at around $218.

Xiaomi Mi Mix Confirmed To Be Soon Available In Other Markets; Including US?

A man named Wang filled a case against Xiaomi after noticing some few differences of the Redmi Note 2's specs and features listed on the official website and the device delivered to him.

The Vivo Y53 4G VoLTE and Xiaomi Mi Max 2 are two smartphones expected to be released this year. With that being said, here is a list of everything we know so far about the said phones.

Xiaomi Mi 5c has been long-rumored to come with Xiaomi's Pinecone processor, while the Vivo Y66 is believed to arrive in India. Here are all the things you need to know about both devices.

Xiaomi To Ditch Qualcomm And Make Own Processors

Xiaomi is reportedly developing its own chipset, dubbed Pinecone, instead of using Qualcomm processors.