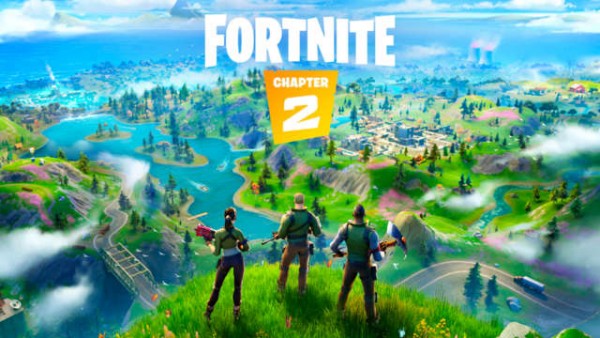 After months of teases and previews, Fortnite Chapter 2 is officially up and running. To say the least, the journey to get here has been very long. After all, it took more than 30 hours of staring into a black void before the game was made available on its server.

Competing against the launch of Call of Duty: Mobile and the new patch update for PUBG Mobile, Fortnite Chapter 2 puts on its competitive sleeves and releases massive changes that is expected to take the gaming experience to another level - making every hour of waiting for its release worth it.

Currently, players will get to enjoy a new map, new default skins, new items, and many more. That being said, let's explore everything new in the game.

Related Article: 'Fortnite' has a Konami Code Plus When is the Game Going Back Up?

Although Epic Games has been rather secretive about what kind of changes will be seen in Fortnite Chapter 2, rumors of a new map had been circulating amongst the players of the game.

Now that the game has been released, the new map has finally been confirmed. The mini-map featured in the new chapter is grayed out at first after a player drops in; which signals that the map has to be explored first before it becomes fully available.

One of the few changes you notice after loading the game is the new set of available default skins. Although the same characters remained, they can now be seen wearing new clothes - while their older outfits are no longer available.

Interaction with water has been a massive focus in Fortnite Chapter 2. Aside from the availability of new boats, players are now given the ability to dive and swim. Additional effects were also included; however, these won't be seen in devices with low graphic settings.

Admittedly, there are only a few tweaks made to the basic UI. Everything is almost the same, except for some nice additions like the progress bar and skin icons.

We have seen improvements on medic-style players in the past; however, better changes have been made as support players can now carry a downed teammate to safety and heal teammates at a distance using the "bandage bazooka."

Fortnite Chapter 2 introduces a faster progression system that allows players to gain experience from a variety of actions. Aside from killing people, you can earn experience via harvesting materials and opening chests.

The most notable change in Chapter 2, however, lies in its weapon upgrade improvement. Besides picking up and collecting weapons throughout the map, players are now given the ability to upgrade their weapons using materials, giving players more options to build the perfect endgame loadout.

In Chapter 2, object interaction has been enhanced enabling players to do more than just squat in a bush. This time, users can even hide in environmental haystacks and dumpsters and avoid being seen.

Related Article: Fortnite Has Been Down For Hours; Epic Games Store Suffering Partial Outage Alongside The Event