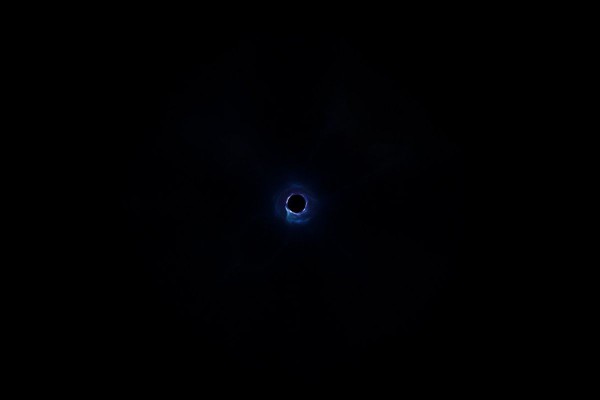 (Photo : The Verge)
Fortnite Battle Royale Island Map and Everything Else Got Sucked in a Black Hole

Since this afternoon, one of the most popular games in the world has been inaccessible to its players. Apparently, everything started when the meteor, which had been quite static in the middle of the island since it first appeared at the beginning of Season X, started acting up.

This resulted in the obliteration of the entire map around 2:00 PM EST. The entire Fortnite Battle Royal island map was dramatically sucked in a black hole, leaving players unable to do anything but stare at the void it created.

Minor flickers of activity have been monitored since then; however, no eventful change has happened yet. Initially, players can access other games in the store while waiting. Unfortunately, that, too, changed as reports flooded Epic Games forums and help center that players are unable to log in to the store.

This left some players unable to access different titles through Epic Games' launcher. The company acknowledged the problem by posting a status on their page. Apparently, Epic Games servers are experiencing a minor service outage which prompted the partial outage in its store and launcher as well.

"We are aware that some folks are unable to login to the Epic Games launcher and are working on getting the service back to normal. As a workaround, you can elect to skip login to access games that don't require you to be online," the company said in a tweet.

Some players who weren't present at the time of the event reported that not only is it impossible to get into a game; the lobby and characters of other games are similarly being pulled into a black hole. At some point, the Official Fortnite twitter account lost all its tweets and the public Trello board, used in tracking in-game issues, shut down as well.

Because of the unanticipated outage across Epic Games platforms, PlayStation was forced to issue a statement concerning the game and purchased V-bucks. The company assured players that despite the eventful disruptions, both the game and the V-bucks players spent aren't gone for good.

There is no official statement issued about what caused the outages and disruptions up until now; however, rumor has it that, it is due to the traffic Fortnite generated when the black hole event started.

Unfortunately, the event is reported to be experiencing an extended downtime; nonetheless, most players assume that this is all just part of the dynamic Fortnite Lore. As a result, millions have been on the lookout for updates and more across different social media platforms like YouTube, Twitch, and Twitter.

Although Epic Games had been a little secretive about the changes they will make for Fortnite, players believe that a new map will be available after the reboot. The rumor started after a new storyline kicked off in the game.

This storyline was introduced through in-game missions that included collecting and learning all sort of things related to the story. Sadly, players will have to wait for a while since Epic Games is yet to release a statement regarding Fortnite's resumption.

The event countdown kicked off after Epic Games tweeted a cryptic messaging stating "the end is near." Today, the tweet was followed by another one saying "this is the end" just moments before the game was sucked into oblivion.