Rockstar Games has released the trailer for Red Dead Redemption 2 for its PC release this coming November 5, with the graphics enhancements that the developers have built into the game, as well as how it looks like when it comes to Google Stadia--given that your connection can handle streaming the game in 4K.

Fans are excited for its imminent PC release on Stadia, especially since the game has already gained an excellent reputation for its visuals despite being constrained to consoles. 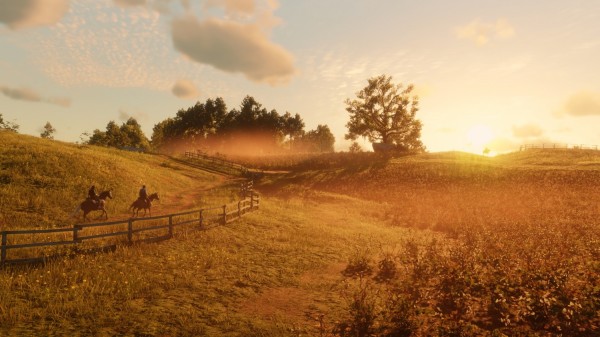 It took quite a while before fans had the chance to get the game on PC after being hinted for a long while. Some fans were even losing hope that it will happen.

However, even when it took some time for Rockstar Games to launch Red Dead Redemption 2, players can expect an enhanced gaming experience as the developers did some additional work for the title.

One of the enhancements Rockstar Games has brought to Red Dead Redemption 2 is the HDR mode, which Digital Foundry previously found out did not do anything. The developers were able to fix this later on with a patch 1.09 that was released in May.

Fans can also expect minor graphical advancements as can be seen on the trailer. Even the lighting for both day and night, as well as shadows and reflections, have improved. Players can also expect that animals and plants look better and more realistic than before.

Additionally, those who wanted to play Red Dead Redemption 2 after the release of the PC version can expect several changes in the game, such as new side quests, items, and even horses that are exclusive for the PC release as of now.

The trailer is narrated by Red Dead Redemption 2's main character Arthur Morgan who is lamenting the Wild West's loss, while it shows the beautiful world of the game filled with sprawling deserts, woods, and galloping horses.

Meanwhile, Google Stadia will be released on November 15 with Red Dead Redemption 2 as one of the available games, including Destiny 2: The Collection, Cyberpunk 2077, and Final Fantasy XV.

The Founder's Edition is at $130, which will include a Stadia Controller, a Chromecast Ultra, and a buddy pass that you can share with your friends. The Basic Plan is not yet available, but it should be released next year.

Besides Red Dead Redemption, every title available on the Stadia can be played in 4k 60 fps.

Google Stadia is currently available for both PC and a few mobile phones, specifically Pixel 3, 3A, and 4, as well as tablets like Pixel Slate and Acer Chromebook Tab 10.