After days of Twitter hiatus, SpaceX CEO Elon Musk is back on the social media platform once again, posting a series of tweets for the first time since Friday, October 18.

Among his first tweets was to push Tesla Solar plus Powerwall, which provides clean energy for 24 hours a day, seven days a week, as well as avoid blackouts that will plague the state of California for the next ten years.

The tech exec has also cited a report that confirmed the blackouts that will happen in the state.

Besides those tweets, nothing significant has happened on Musk's Twitter, yet--except that he has finally sent a tweet through space via SpaceX's Starlink satellite, which aims to provide the world with a better internet connection around the globe.

It could be the start of a better internet connection even to the most rural and remote areas around the world.

The first batch of the Starlite satellites has been up in the orbit of Earth for a few months, when it was first launched on May 23.

SpaceX initially launched 60 satellites, and all but three satellites seem to be working just like how they are supposed to.

During the launch, SpaceX had a connection with the trio of satellites that didn't work well, but it soon disconnected; and while they are still up in orbit, the three satellites will eventually fall back to Earth where they will burn on the atmosphere.

Of the 60 satellites, three are not working, while 45 have finally reached their final intended orbit, 342 miles up from our surface during the first month of the launch. During that time, ten satellites are still working their way up to their final destination.

Meanwhile, two satellites have intentionally had their onboard thrusters fired with the intention of letting them fall back into Earth's atmosphere, as the company wanted to test de-orbiting the satellites.

According to a statement from SpaceX, we have nothing to worry about as all five satellites that will fall back to Earth will have disintegrated before they can enter the Earth's atmosphere due to its design and low orbit.

SpaceX will continue sending Starlink satellites into space to fulfill its planned 42,000-satellite constellation, with 60 satellites launching per batch, according to Business Insider. 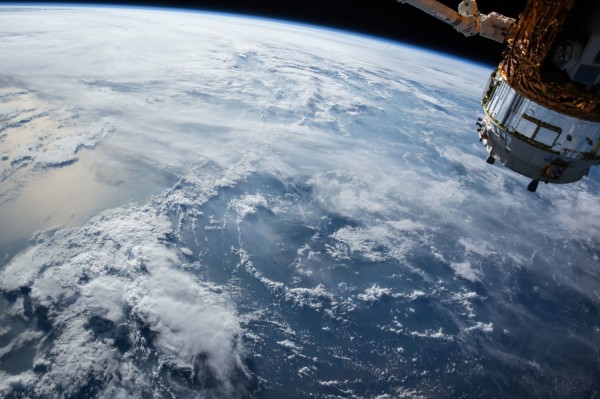 (Photo : Free-Photos from Pixabay )
Musk dismisses concerns that the Starlink constellation will congest the sky.

However, not everyone is happy with the launch of the Starlink constellation.

A group of astronomers from the International Astronomical Union (IAU) has previously voiced their concerns about the SpaceX project, saying that the satellites could threaten astronomy, blocking the line of sight of many ground telescopes and congest the skies.

Although the outcry continued, Musk dismissed the concerns saying the satellites will not ruin the night sky nor threaten astronomy.