After being gone for several days on Twitter, SpaceX CEO Elon Musk is now back on the social media platform, and his first tweet is about the Tesla Solar + Powerwall that is now available on Tesla's official website.

In his tweet, Musk promoted Tesla Solar to encourage clean power 24/7 and "no blackouts!"

There are three sizes available, small at $14,900; medium at $24,900; and large at $34,900. If you are not happy with the purchase you have done, you can give Tesla a message within 30 days of purchase, and they will uninstall it for you as well as provide you with a full refund.

The SpaceX CEO had also cited Clean Technica's report in another tweet, which says that Pacific Gas & Electric (PG&E) CEO Bill Johnson had appeared before the California Public Utilities Commission the previous week and admitted that the state would "likely see blackouts for another 10 years."

PG&E was also found responsible for at least two dozen of the California wildfires that have happened previously and has wiped out homes, neighborhoods, and woodland.

Because of the admission, the company has also filed for bankruptcy earlier this year, saying that paying for the damages that have been caused "could exceed the entire value of the company."

The blackouts had already started, especially earlier this month when windy conditions were forecasted, and the company tried to limit the risks of more wildfires by shutting down electricity for around 1 million residential and commercial customers, leaving them angry and flooding PG&E with complaints.

Some customers even had to experience blackouts for as long as a week.

With blackouts likely happening more frequently over the course of the next ten years, it is expected that solar panels and other means of renewable energy will have a surge in demand. 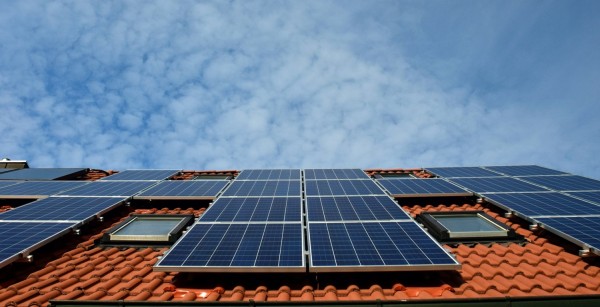 (Photo : Ulrike Leone from Pixabay) Solar panels and other renewable energy sources are likely going to be in demand soon.

However, solar panels are expensive, but with the demand, it is possible that the prices will drop and make it more accessible for both homeowners and entrepreneurs, and benefit us all in the end.

Meanwhile, the tweet from Elon Musk was his first after a few days of silence.

Musk tweeted on October 17 that he will be "Going offline for a few days," and did not really tweet anything for the course of the following days, leaving his followers wondering what the reason behind this short hiatus was.

Many began posting memes and funny posts about Musk, how he must have reached Mars, and was cut off from internet access, yet some were genuinely concerned about the CEO's well-being.

However, it was previously reported that Musk had to regularly change his phone for security reasons and that his old phone should always be wiped clean and destroyed for his and his documents' safety.

The report was part of the document, which is also noted as part of the lawsuit by British diver Vernon Unsworth against Musk, claiming defamation due to Musk's controversial tweet and calling the diver "the pedo guy" last year on Twitter.

RELATED TOPIC: Elon Musk May Be Busy With Tesla and SpaceX But He Finds Time To Play His Favorite Video Games