Obsidian Entertainment's The Outer Worlds is basically right at our doorsteps as it is finally launching on October 25, and fans can pre-order and pre-load the game ahead of time to ensure you can get it at the earliest time possible.

Greetings all Halcyon employees. The Board is excited to announce that The Outer Worlds is available to pre-order and pre-load today!

The pre-order for the sci-fi RPG is not as crazy as with most games on pre-order today, as there would be no special in-game bonus, or collectible items, or limited edition specials that go with it.

Pre-ordering and pre-loading the game simply means you can access it as early as day one.

However, fans do find The Outer Worlds pre-order interesting as you can get the game for free on day one if you already have an Xbox Game Pass, according to GamesRadar. If you have a live subscription already, the game will be available to play on the release day.

The Outer Worlds is also available for pre-order for PS4 through Amazon and will cost $59.99. 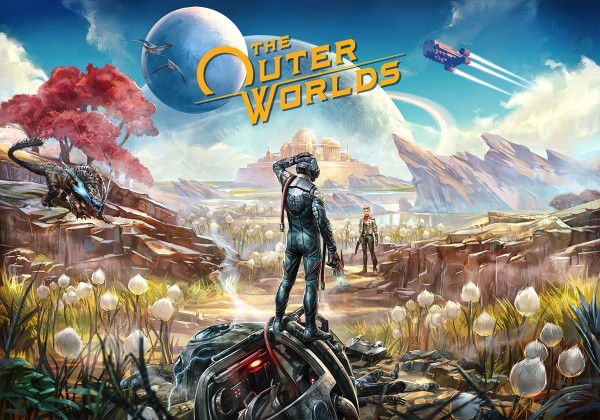 The Obsidian Entertainment's epic sci-fi RPG title would feel familiar to Fallout fans, especially since it is created by the same team behind Fallout: New Vegas and Pillars of Eternity.

The title is a story-driven game that focuses on "The Stranger," a colonist that was lost in transit on the way to his new life, and unfortunately, waking up decades later in a strange world that he cannot understand, run by corporations that rule and decide everything.

Every choice you make in this game will have different consequences, with NPCs permanently dying in the game if you choose to do so--and still, you can finish the game if you decided on killing everyone you meet.

The Outer Worlds is relatively short. With the main story and almost all side quests, it is possible to finish the game at about 30 hours in Regular mode, according to GameSpot.

However, you can replay the game and see what else the game has to offer when you decide differently in certain situations.

Additionally, the game has multiple difficulty options, including the Supernova mode wherein the combats are harder and more dangerous than the Regular mode, making you want to play the game again, but with a different experience.

If you are a fan of Fallout as well as The Elder Scrolls, this game would be a great addition to your collection, but be reminded that you need to have at least the minimum system requirements to play it.

According to PCGamer, below is the minimum requirement for PC to play the game:

To get the best experience, the recommended requirement is:

Besides The Outer Worlds, you can also get more games with the Xbox Game Pass, including Secret Neighbor, Lonely Mountains: Downhill, Minit, Afterparty, LEGO Star Wars III, and Subnautica.