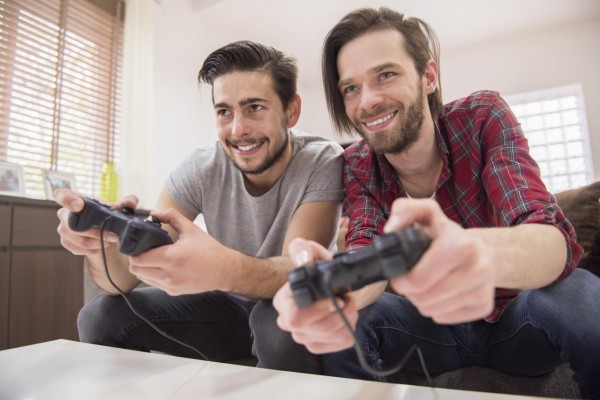 Ever since computers have become mobile in the form of smartphones and other devices, the industry has done everything possible to make gaming portable. This is no different for Sony PlayStation, and thus Sony PlayLink was born. PlayStation users can link their consoles to their phones and then have access to a range of fantastic games wherever they may be. Games are usually played in groups, but single-player games are also available.

As a gaming enthusiast, when is the time to make your own game website? The answer is now - because we all need a web presence to get serious about our interests.

Recently released, Hidden Agenda is a detective/murder mystery/thriller game that finds inspiration from the likes of Until Dawn. Groups of up to six can play together, and each will make decisions that affect the story by voting on their phones. Some decisions will lead to particular players receiving Hidden Agenda cards, which can equate to points. This is a dark and visually impressive game that is best kept away from youngsters.

With a charismatic and unpredictable fox as an anchor, Frantics can be played in groups of four. Players are pitted against each other in a series of mini-games and are required to shake, swipe, tilt, and use the camera to complete different challenges. Games include a drag race named Hot-Rod Heroes, in which other players can make upgrades and downgrades to their vehicles. Another is Big-Top Hoppity Hop, where players have to hop around and avoid elimination.

Knowledge is Power takes the setting of a trivia game show, with over 5000 questions to be asked across a wide range of categories. Up to six players can test their knowledge and compete against each other, vote for their preferred subjects, and veto the ones they want to avoid. Power Plays is an interesting feature that players can use to freeze other players' screens with virtual ice or cover them with virtual slime.

A classic board game that has made it to PlayLink, in which up to five players compete without needing to be in the same room. In the game, players are required to connect cities and towns by rail and try to become the first to control the rail network. Other players will attempt to sabotage your plans. Everything is displayed on an old fashioned map.

Like a karaoke in your pocket, Singstar Celebration gives up to eight budding pop stars the chance to record and share their favorite tunes by enabling their phone's microphone. Lyrics of new and old hits can be given to users, and photos, videos, and audio recordings can be uploaded to social media and the SingStar Community. Digital songs can be downloaded, song playlists can be created, and scores can be tracked.

Just Deal With It!

For those that enjoy playing cards, Just Deal With It! provides a medley of different card games. These include Blackjack, Crazy Eights, Hearts, Poker, and Rummy. Up to ten players can play in either cooperative or competitive modes, and either local or online. Extra features include sabotage attacks on opponents, such as freezing them with ice or blowing smoke to obscure their hand.

For those that enjoy word games, Wordhunters is an excellent choice. It includes 15-word games that are played in 20 different countries and five different languages. Groups can be up to six players, and there are also two single-player games: Anagram Solver and Find the Letters. Group games include Alphabetty Forgetty, Disemvowelled, and Word Sushi. A more cerebral game for lovers of Scrabble and Countdown.

Chimparty is a family-friendly game controlled from one central button on your device. It includes 18 mini-games with a variety of features and 90 different colorful levels. Chimparty also has five different themes, from prehistoric jungle to alien landscape, and the chance to customize your own chimp. It can be played in groups of up to four, and is great fun for players of all ages.

For PlayStation users that haven't yet taken advantage of PlayLink on their phones, perhaps now is the time to get started. With a diverse selection of games to choose from, PlayLink is an excellent way to connect with other players and enjoy some gaming on the go.