A certain mom started getting creative during the lockdown period due to the ongoing pandemic as she decided to make a fake DIY McDonalds meal for her son in order for him to enjoy his food even while just staying at home. 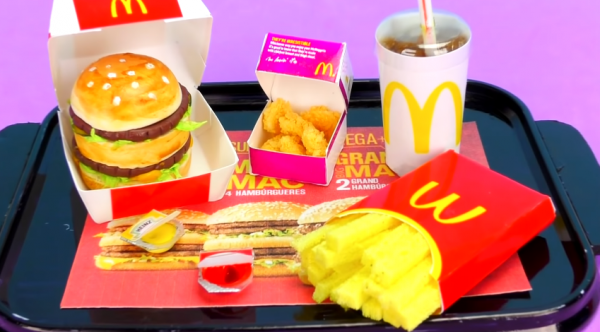 This stay-at-home mom's name is Megan Paley and she wanted to bring back a little bit of normality to her two children's lives which is why she made a plan to make them their favorite McDonald's meal despite the restaurant being closed during the lockdown.

The mother's decision to make this fake McDonald's meal

The mother from Leeks has revealed her secret to the media on how she was able to re-create a McDonald's meal for her autistic son at home only spending just a few pennies. According to Megan Paley, 31, she made this decision to cheer up her children while they were stuck at home due to the coronavirus rampant on the streets.

According to the mother as she told LatestDeals.co.uk, "My son Ben, 10, is autistic and loves a McDonald's. I decided to make DIY McDonald's to give my children a small bit of their normal lives back," which she later on said that it turned out to cost her close to nothing!

The mother even stated that her fake McDonald's meal costs a whole lot less than going out and was a fulfilling task for her as she was able to achieve more than she first thought.

How did Megan do it?

The very first step that Megan took was to look online for a template of the chip box and then try to copy and color it in. The mother then simply grabbed some frozen chips, nuggets, and also a few burgers from M&S and even made the same order they get whenever they go.

Megan stated that "It cost us the piece of card and felt tip ink as we already had the ingredients in, so it cost us nothing in total!" continuing that she now knows that there is a printable version online and that it would have been much easier if she did that before trying out her own DIY box.

The news gets so much better as her children started to down the fake McDonald's meal just like they were the real thing! The kids seemed to love it and the mother was absolutely happy that she spent a little extra effort in doing this at home.

The final product was well received

Megan especially mentioned that "Ben absolutely loved it," explaining how he was very impressed and had even asked for it to become a regular thing right now that the lockdown is still in place. "We did it as we feel keeping a sense of normality is important when life throws you a curveball," she said.

The mother also explained that the kids have already been through quite a lot by the schools closing down and them not being able to see or play with their friends.