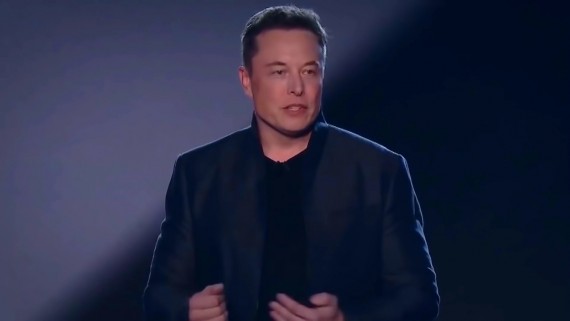 The controversial entrepreneur recently shared an image on Twitter depicting our planet being smashed through by an asteroid, all the while, an astronaut on the moon exclaims his worry about the world's economy.

The tweet is thought to be a reference to how some people are more concerned with the state of the economy than the state of the coronavirus pandemic. Musk captioned his tweet only: 'But actually.'

One user replied with a similar photo, an asteroid about to hit Earth in the age of the dinosaurs, and the massive reptiles exclaiming what the state of their stocks will be after the event.

Users have mixed perspectives regarding the message of the tweet, with some thinking it was a comparison to the actual state of the world's economy, as Musk was noted saying the global economic growth would be 'sharply negative' this year.

Effect on the economy

Reuters exclaimed the sudden decline would lead to 'the worst fallout' ever since the Great Depression in the 1930s. They state that in 2021, only partial recovery would be seen.

The recent news follows Tesla temporarily cutting the pay of its employees and laying off some of its staff that are on hourly wage; leaked information from an email sent to one of the employees.

It also follows a previous statement from the entrepreneur saying the fears over the coronavirus pandemic are 'dumb.'

The automotive company, Tesla, will reportedly resume its production of vehicles on May 4, stated in an email by North American HR head, Valerie Workman, as seen by CNBC.

The reported pay cuts will be staggered, based off of seniority level, where Vice Presidents and above will take a 30% cut, Directors and above will have a 20% cut, and for everyone below, only a 10% cut. This guideline would continue up until the second quarter of the year, per the email sent.

The furlough workers, on the other, will not receive any payment from the company, but will still be eligible for healthcare benefits.

On March 23, the giant company had no choice but to stop production at its main factory in Fremont, California, due to the effects of the global outbreak.

Similarly, its solar panel factory found in New York has also closed its doors. The workforce of the Nevada Gigafactory has also diminished by more than 75%.

It was reported that the workers would be on paid leave during the crisis, but the leaked email reveals otherwise. It also advises the recipients to look for unemployment benefits.

If any personnel feel somewhat ill or are afraid of going to work are advised to stay at home. The company stated that they will respect the decisions and will not penalize any staff for it.

Read Also: Final Fantasy VII Remake Geos Live On PS4: Here's What You Should Know As You Dive In To The World Of Midgar And Begin Your Adventure

The Tesla CEO is famous for his unexpectedly steep expectations of its personnel. He has been accused of not allowing his workers any sick days and to have 100% focus on their mission.

One such case in 2015, where he reportedly undermined an employee's reason for attending the birth of his child resulting in the employee missing a meeting.

Musk also allegedly told a worker they did not see the vision and mission of the company, as stated by an employee who asked if he could leave to see his family.

The globally known CEO shared on Twitter, "The coronavirus panic is dumb," last March 6, amid the unfolding of the global pandemic. This incident came parallel to the event where the death count for the US due to the coronavirus rose to 17.

He then later claimed that children were 'immune' to the virus, sparking an outroar of users on Twitter. His remark stated that kids are immune, but the more elderly population who had prior conditions were more vulnerable. Those family gatherings where grandparents have close contact with kids were more prone to spreading the infection.

A sudden change in perspective happened with the CEO as he stated to reopen Tesla's New York factory 'as soon as possible' to aid the production of ventilators for use in the crisis.

Musk also purchased 1,000 ventilators from China and brought them to the United States to deliver to a California hospital. The shipment was brought along to help with the treatment of several coronavirus patients.