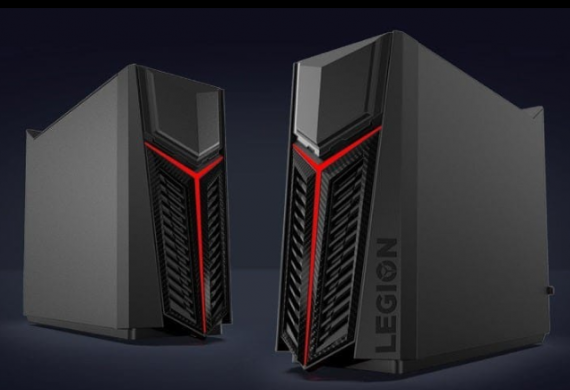 Lenovo seems to be getting even more aggressive with its upcoming launch of the new Savior Blade 7000! Find out what you need to know about the new gaming PC giant Lenovo has promised PC gaming enthusiasts around the world.

What fans should expect of the Savior Blade 7000

For most PC gaming enthusiasts, there has always been that battle between other consoles and even the laptop believing in the "PC Master Race." In particular, the gaming culture has grown massively over the years and even Lenovo itself has seen the growth and has invested a lot of its resources in this area.

The very next PC by Lenovo is called the Savior Blade 7000 which is supposedly a mid-range desktop gaming PC. Sadly, no matter how good this new product by Lenovo sounds, PC gaming enthusiasts won't be able to expect its launch any time soon due to the occurring roadblocks in production.

Read Also: Apple Employee Laughs At Customer For Buying a New MacBook Air for $1,800: Here's Why

According to Gizchina, Lenovo is said to launch their Savior Blade 7000 on April 18, 2020. This specific desktop gaming computer is supposed to include an Intel Core i7-9700F CPU, a massive Nvidia GeForce GTX 1660 Super GPU, coming with 16GB of DDR4 RAM, and a massive 512GB of NVMe SSD!

The retail price for this gaming computer is expected to be around 6,999 yuan which translates to almost $1000 USD.

What the images say about the Savior Blade 7000

The images show that the upcoming Savior Blade 7000 bears Lenovo's very own Legion logo as well as branding. This would then make it one of the new gaming desktop series for the company, as it only previously had the C series as well as the T series PCs before this one. The price would also be very cheap compared to both series if the expected price is to be followed.

As of now, there are still no official announcements for this specific gaming PC from Lenovo themselves so it is still a bit unsure when this gaming PC will be available. The best thing PC gaming enthusiasts can do now is wait for the official announcement by Lenovo as to when they are planning to launch this product.

Read Also: Wondering How To Buy A Refurbished Monitor? Here Are Some Second-Hand Purchasing Tips

The future of gaming PCs

The gaming PCs of the future seem to be getting better and better as the competition starts to get tougher. The more companies try to compete for the ultimate gaming PC, the more PC gamers can expect units to come out with even better specs than the last!

Another great thing about this is that with bigger and better units coming out, a price drop would also occur making this massive monster-gaming PCs a bit more affordable for the general public. The upcoming gaming PC by Lenovo is quite affordable at $1000 compared to other massive computers that cost much more than this specific unit.