Razer Releases Dazzling Wireless Pikachu Earbuds In A Pokeball-Themed Charging Case for $120: Is it Worth It? 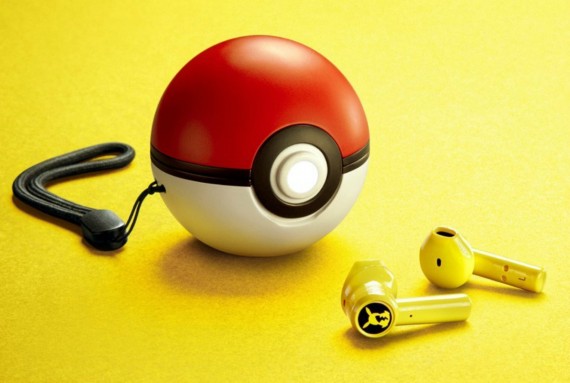 The technological marvel company, Razer, has recently unveiled a brand-new line of earbuds for you to sink your teeth into---Pikachu-themed earbuds. The accessories come in with the iconic dazzling yellow colour of the electrifying little rodent from the Pokemon franchise, and they come in their Pokeball-themed Charging Case!

Where can I get one?

The newly announced wireless earbuds are available in China on April 16. They were announced for the Chinese market on Monday as part of an Easter surprise. Razer's Hammerhead True Wireless headphones inspired the pokemon-themed set.

The design was made to match the pattern of the energetic mouse and includes a Pikachu icon on each bud. The accessories will reportedly come with a $120 price tag.

The battery life of the earbuds will last for approximately three hours per charge, with the charging case offering up to five loads. They also sport a 13mm driver for whatever bass purpose you may need. Being of somewhat average power, they can still outshine its rivals with its energizing look.

Its usefulness may not be what most people are looking for in a high-quality headphone set, but the charging case is what sets it apart from its competitors. It gives customers, mainly pokemon fans, a reason to carry an actual Pokeball on their person, which is more than enough of a reason to buy them.

The new design is a fresh face amid the pail-looking charging cases of today's wireless earbuds.

Razer hasn't given information on a US release any word, but we're hoping that the Pokemon-themed earbuds, and the Pokeball charging case, of course, will come soon within our reach.

Read Also: Thinking of Which PS4 Headset to Buy? Check Out This List of The Best Ones Available on Amazon!

The release of these funky gizmos was inspired by Razer's previous market of a Pikachu-themed Keyboard and Mouse Set released last year. The set consists of a gaming keyboard, adorned with vibrant yellow paint and Pikachu highlights. The mouse, on the other hand, has etched up Pikachu drawings on the palm rest, where the arrow keys are Pikachu's tail, and a Pikachu ESC key.

The main attraction of the set itself is most notably the mouse, no, not Pikachu himself, but the actual mechanical mouse. The mouse is based on Razer's standard Goliathus gaming mouse. It also features lightning tail palm design striking in with its signature yellow colour, with cheeky red highlights on the thumb buttons along with the scroll wheel. The whole of it sits on top of a Pikachu themed mouse mat which has Pikachu glaring on its centre.

The keyboard is currently priced at around $100, while the mouse and mouse mat pair is approximately $57. If you're not residing China though, you'd have to take into consideration the cost of shipping if you want to partner up with the show's most iconic and adorable little critter.

Even with the above-average cost for its performance and quality, who wouldn't want to splurge for the chance to become best buds with the energetic little mouse companion?

Elon Musk's Tesla is now accepting design submissions for its upcoming Chinese-made small electric cars. Tesla has made this announcement official via the company's WeChat account over in China and has invited all car designers to pass their own designs for the brand new vehicle

The Bose QuietComfort 35 II headphones is praised by many for being one of the best headphones with built-in noise cancellation. A leak has allegedly revealed that a new one is coming, what does it mean?