Remember Tamagotchi? They're Coming Back As 'Evatachi' With All New Evangelion-Themed Looks And Animations! 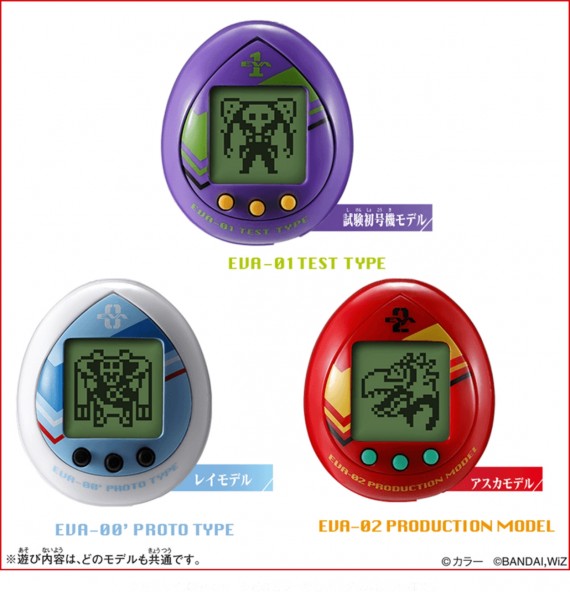 In the year 1996, one of the most prevailing trends among the younger generation was Tamagotchi. The device allowed you to create and nurture your little creature on-the-go. Now, in the year 2020, The Tamagotchi hype is coming back with all-new styles and animations, but the same beloved concept with Bandai's Evangelion-Themed set!

The new designs sport the style of the main characters from the popular anime 'Neon Genesis Evangelion' Rei, Asuka, and Eva-01 Test Type and also features creatures taken from the show's gruesome monsters.

What do I do with it?

The soon-to-release devices are dubbed 'Evatachi,' complimenting the two designs that they were styled from. The three colors are called Unit 1, Unit 2 'Asuka,' and Unit 0 'Rei' and will feature 20 unique angels from the Evangelion universe, which you can take care of from their fetus stage up to their mature stage as they were shown in the anime.

If you fail to help the angels grow, however, they will produce an AT-field (Absolute Terror Field), close-off their hearts, and you have no other choice but to destroy them. To nurture them properly, you can feed and love them by feeding them LCL (an amber-colored liquid found in the show) and by playing with them through the device.

Playing with your Tamagotchi creature will incorporate minigames, which include battle training where you teach your battle monster how to escape from something called the Spear of Longinus, evade N2 bombs, and several other key moments from the series with voice clips in all their pixel-glory.

The beautiful Evatachi is set to release in toy shops around Japan on June 13 and will cost you 2,530 yen ($24) per device. To make sure you can get yours on release, Bandai is taking pre-orders starting from April 15 on their official website.

The original Tamagotchi features you nurturing a creature through several stages of its life from the moment it is born. Starting from the Baby stage, and evolving to the next step after 65 minutes. The type of Teenager and Adult stage your creature will be is dependent on how much care it has received from its owner throughout its life.

The lifespan of each Tamagotchi was also based on what type of character it is, and by growing older, they will lose their hearts at an increased rate. The death of a Tamagotchi, whether in-between stages or at the end of the Adult stage, would cause a restart to the experience by giving you a new egg to take care of.

The series that inspired them

The Neon Genesis Evangelion series is a fantasy-action anime is basically where two different aliens come to populate arrive at the same planet by accident, where they are reincarnated with the souls of their dead friends by making vessels for them to inhabit. The whole show has a lot to take in, so we suggest you go and watch this classic to keep you occupied at home.

Warner Bros Japan has announced that they are holding a virtual event they are calling Stay Connected with guests from three prominent anime shows, Food Wars: Shokugeki no Soma, Is It Wrong To Try to Pick Up Girl in a Dungeon?, and JoJo's Bizarre Adventure: Golden Wind. Find out what to expect.

It is surprising how cybercriminals can be creative. Every day, they come up with different ways of hacking into people's accounts. With technological advancements, it is challenging not to use the internet.