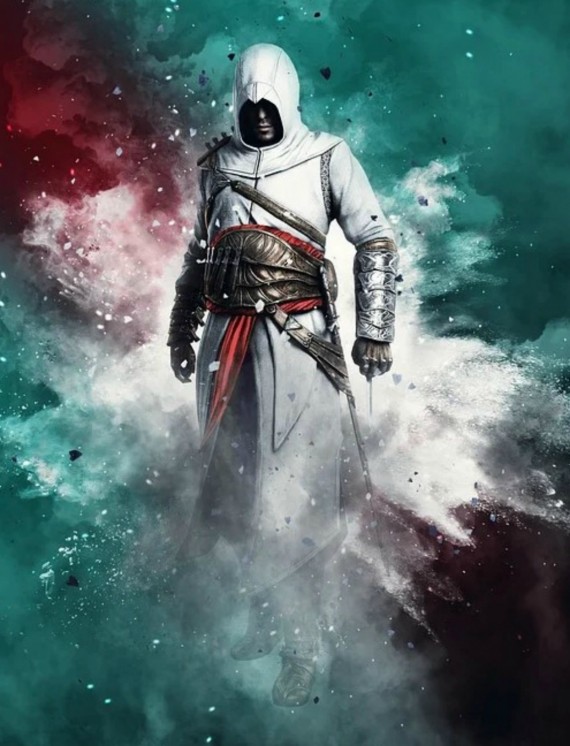 One of the most popular franchises in the gaming industry brings a fantastic deal to players this week. For a limited time, gamers will be able to download Assassin's Creed 2 on PC starting Tuesday, April 14 and will presumably be available until Friday, April 17.

Ubisoft has been generous in giving away free games with its Play Apart Together initiative this month. The effort is to help those who are in lockdown keep their relationships with their online friends and maintain their enjoyment, all the while staying indoors due to the coronavirus pandemic.

One game they've already shared for free is Rayman Legends, with rumours going around that expectations are they'll also be giving out one of the Assassin's Creed games.

If this rumour is found to be accurate, it's going to play by the rules of the previous deal with Rayman. The way to get this freebie would be by downloading the game via Uplay. You would need to claim Play Apart Together games in the limited timeframe that they're available for you to benefit from this deal.

The window to download the free game itself may be short, but once you do, you'll be able to keep the purchase (albeit free) and play the game without restrictions even after the duration has ended.

Apart from handing out Assassin's Creed 2 for free, Uplay is placing a massive discount on two other AC games, Assassin's Creed: Brotherhood, and Assassin's Creed: Revelations, which are part of Ezio's (main character of AC games) trilogy. The discounts will expectedly run for the same duration as the free AC 2 initiative, but there's no official statement.

While these deals are based on rumours and expectations, they are more likely to happen due to the evidence of previous similar events.

What is Assassin's Creed II?

Assassin's Creed II is the beautiful sequel to Ubisoft's 2007 classic action-platformer. The follow-up uses every bit of popular and working mechanic from its predecessor to please fans, all the while minimizing areas of disdain.

Step into the shoes of Desmond Miles, the protagonist of the second instalment. Journey through the era of the Renaissance as you relive the history of your ancestor, Ezio Auditore da Firenze, the main character of the first game.

The main story takes place in the 15th and early 16th century Italy. Dive into an expansive environment featuring famous locations around the world, including Florence, Venice, Tuscany, and Forli, as you guide Ezio on his quest for vengeance against those who betrayed his family.

Uncover hidden mysteries left behind by an ancient race known as the First Civilization. Make full use of your abilities in an attempt to end the strife between the Assassins and the Templars.

With only half a year left before the Valhalla's release, the question on everyone's minds is whether or not this can be played on Playstation 5 or XBox Series X.

Ark: Survival Evolved is Free On The Epic Games Store! Here Are The Best Dinosaurs And How To Tame Them

The Epic Games Store's Mega Sale has had new free-to-keep games every week. This week the free game is Ark: Survival Evolved! Here are the best dinosaurs for beginners in Ark and how you can tame them easily.