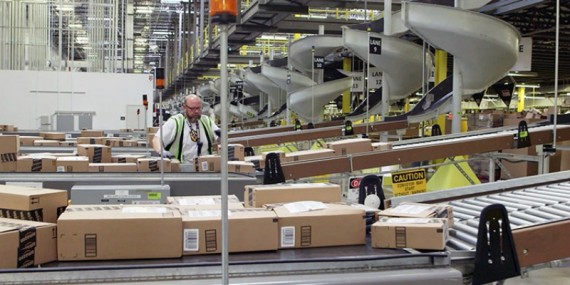 The globally massive delivery servicing platform, Amazon, has been reported to have experienced several coronavirus cases at more than half of its warehouses in the US alone. Predictions state the infection will exponentially spread more extensively into the workforce in the coming weeks.

The event follows a previous issue with Amazon being banned from operating within France after a court ruled out the company was enforcing inefficient safety protocols against the deadly virus.

The Athena Coalition and Hedge Clippers were the workers' right groups that prepared the report, utilizing data given by the government health agencies and several local and national news sources.

The massive risk within the company

On April 14, the report states that nearly 75 out of 110 US warehouses operated by Amazon have reported at least one case of positive COVID-19 case. The groups expect the tally among the workers to increase exponentially if no precaution is taken.

The company places the health and safety of more than 250,000 people across the 110 warehouses, several sub-contracted delivery service partners, and at least 75,000 Flex drivers at risk.

The groups said the company is allegedly enforcing lacking safety policies and places their workers at immense risk of being infected.

A possible major outbreak within Amazon warehouses could have devastating consequences if left unchecked. Not only on the workers and contractors but as well as all their customers that they cater to which total up to 112 million Amazon Prime subscribers in the US.

Amazon has responded by saying the allegations are false and the rights groups are 'self-interested critics' who were hired by the company's competitors to ruin their image.

A spokesperson for Amazon, Kristen Kish, told Vice they value their workers' health and safety more than any other policy they have.

Kish stated they have been working closely with health agencies around the world to respond to the coronavirus pandemic appropriately. They are also ensuring to serve the community while caring for their associates and teams.

Amazon officials said they had implemented more than 150 crucial process changes in line with the increasing risk the global pandemic brings.

The company has recently opened up a blog showcasing the different changes it has made to its warehouses. Such changes include daily temperature checks and regular face mask distribution for the workers.

An increase in financial compensation was also included in their changes, where they gave out an additional $2 per hour and doubling overtime pay. They have also put established a $24 million relief fund for their partners.

The platform is currently developing its in-house testing facility to increase the response time to possible coronavirus infection cases.

Words from behind closed doors

Athena and Hedge Clippers state that the measures taken by Amazon are insufficient in responding to the pandemic and they should compensate all of their workers, both full time and part-time, with free testing and treatment, as well as those who suspect themselves to be ill.

They believe Amazon should close their warehouses and operations for two weeks to conduct proper and comprehensive disinfection of the infrastructures.

This comes in line with a group of Amazon workers announcing their plans to organize a one-day 'virtual workout' protesting the company's inadequate worker safety policies.

Read Also: Scientists Have Created a Potentially Life-Saving App But Not So Many Smartphone Users are Willing To Install It - Why is That?

Want To Have The Watches That Celebrities Wear? Here Are Some That You Can Buy Now On Amazon!

Have you ever seen a celebrity wearing a watch that you wanted to own yourself? Here are a few examples of watches that celebrities currently wear or used to wear.