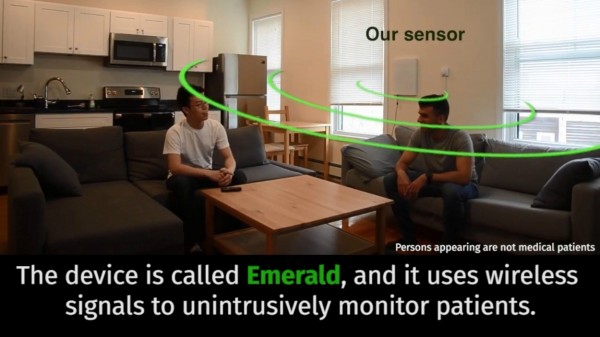 Amid the coronavirus pandemic that has plagued the globe for the past few months, continuous research is essential to figuring out how to fight back against the deadly virus finally. One small step towards this goal was achieved by scientists at MIT, who have invented a new device that they hope will be able to help observe people infected with COVID-19 that are locked in their homes.

The device is small and box-like and resembles a WiFi router and is called Emerald. CSAIL of MIT developed it, and it is capable of monitoring a person's breathing along with their movements and sleeping patterns.

MIT said the wireless signals used by Emerald give off 1,000 times less radiation than most traditional cellular phones.

The device can be observed in action in the video below.

It can be seen that the invention is accurate and sensitive, able to distinguish between different people, and monitor and erratic breathing. The movement records also help in determining whether the patient has other complications that render him ill.

The biometric data may be acquired from other sources or means such as a wearable heart rate monitor on your wrist, but MIT notes that their device is much less of a hassle with its 'set it and forget it' style of installation. It also doesn't require the patient to touch it, reducing the possibility of infecting somebody else.

Assistant professor of psychiatry at Harvard Medical School, Vahia, said doctors need to directly interact with patients to administer exams or monitor their vital signs, where every second they spend near each other is a risk of being affected by the virus.

What does this mean to the current pandemic?

The importance of Emerald comes in just that, non-contact monitoring and gathering of crucial health data, thus minimizing the risk that medical professionals go through every single day amid the global pandemic.

The initial tests are already being done at the Heritage Assisted Living found in the suburbs of Framingham in Boston. With the consent of patients, Emerald has acquired data and sent it back to the team's server remotely for monitoring and study.

According to the test done by MIT, the patient's breathing had returned to a regular 18 per minute from the accelerated 23 per minute, showing improvements and better sleep quality. 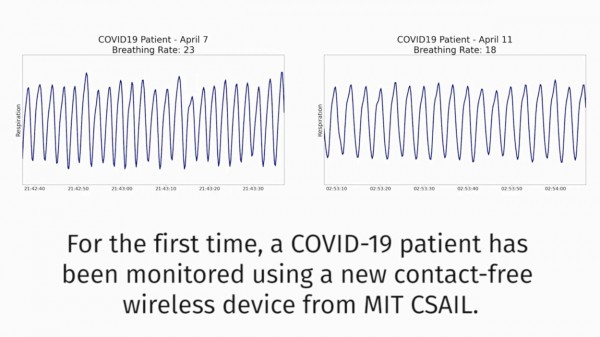 The increased rate of walking was also a sign that the patient was recovering and regaining their energy back as before. 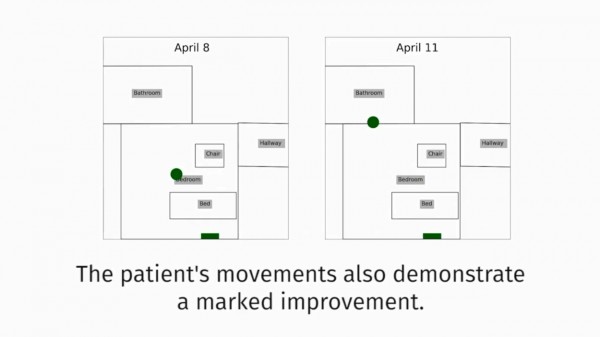 In its purest form, the device could assist several high-risk patients who need to be monitored even after they have recovered from the deadly virus.

William McGrory, who is in charge of overseeing mental health services for the testing establishment, said that it is crystal clear, for the high-risked elders, a great benefit could be derived from the capability of gathering data without any contact due to whatever reason that may come with.