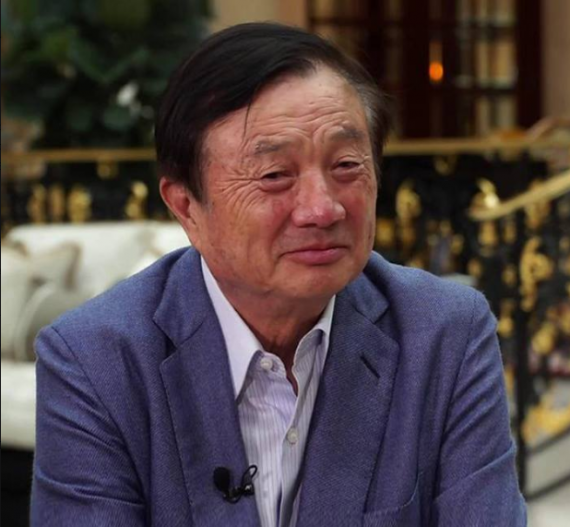 The founder of Huawei Technologies Ren Zhengfei hopes that with time, he will later on be forgotten. According to the 75-year-old, he is just an old man and asks "what's the point of remembering me?" continuing by saying that people should think more about the future and the world compared to him.

"My biggest wish is to drink coffee in a cafe unnoticed," he said in an exclusive interview with South China Morning Post.

Although this might seem like a simple wish, this still seems out of reach for the popular chief executive of the whole world's largest telecommunications equipment supplier, which is right now caught in the center of a US-China technology competition.

Meng Wanzhou, has been in Canada as of last December 2018 at the behest of the United States and is still currently under house arrest facing bank fraud charges. She is currently awaiting hearing that will decide her fate as to whether or not she will be extradited to the United States. In May last year, Washington themselves have added Huawei to a list of 68 companies to be blacklisted due to the company's threat to national security which Huawei has repeatedly denied.

Before the arrest of Meng Wanzhou, Ren Zhengfei had actually never given a single televised interview and has only entertained journalists on a very rare basis. There are many Huawei employees that the Post has previously spoken to which include those working at Huawei's very on Shenzhen headquarters. It is said that they have never ever met with the chief executive in person.

The towering influence that Huawei has started to gather is pretty obvious in the company's internal online forum known as the Xinsheng community. There are quite a lot of posts about Ren Zhengfei that include certain transcripts of his dialogues with the company's executives about certain reforms as well as his personal takes on several topics. They were said to always been put at the front and center.

The founder of the Huawei giant

The founder of Huawei holds a reputation of being a sure straight-talker. One of his long-time employees, who remains unnamed, recalled how Ren Zhengfei would publicly scold him at a certain exhibition after he had failed to answer the questions which the founder asked regarding the products and partnership satisfactorily.

At those certain interviews, Ren Zhengfei was also known to "speak what he thinks freely" and his staff do nothing to stop him, even if the company itself feels like some of his answers were not the best answers for the public relations aspect of the company that could even have adverse effects.

There were several people from the company (who requested to be unnamed) that said that sometimes he would give answers that are "not the best answers from a public relations perspective and might even have some adverse effects."

Although Ren Zhengfei wants to become low key, his raging company together with the popularity of Huawei still prevents him from doing so.