Samsung's Galaxy S20 Ultra has an Update Glitch: Is the Tech Giant in Trouble? 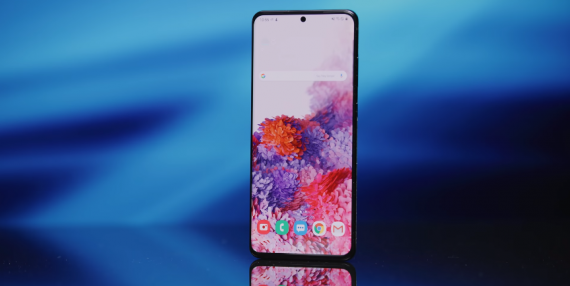 Samsung's Galaxy S20 Ultra has an Update Glitch: Could This be Bad News for Samsung? (Photo : Screenshot From Linus Tech Tips YouTube Channel)

Oh no, it seems like Samsung's popular Galaxy S20 Ultra is having some problems with the recent update. The phone was reported glitching and most owners are not happy with this happening to their Galaxy S20.

Samsung has been trying their best to deal with the current situation while telling their users that they are already on the move. Samsung is reportedly doing their best to handle the situation but there are still a lot of unanswered questions like what on earth just happened?

The bugs on the Galaxy S20 Ultra

Although Samsung has been exhausting a lot of their efforts in trying to fix the existing problems and bugs in their recent Galaxy S20 Ultra, it seems like things are not moving as swiftly as they have hoped to. According to SamMobile , Samsung has even recently pulled out their latest update just days after there have been numerous reports of glitches.

Although the company has not yet officially outlined the root of the decision, users have still reported green screen tinting once they set their display to use its own signature high refresh rate, not to mention slower high-speed charging.

Most of these defective features were what made the Galaxy S20 Ultra popular and some of their customers even bought this phone for the same problematic features that they are currently experiencing with their own phones.

Samsung's response to the current bugs

Engadget has asked Samsung for their official comments regarding how they are going to fix the current bugs. Samsung has given their response but it may not be too satisfactory for the general public who is still wondering what on earth is going on.

According to Samsung, they are already on the move regarding the tinting issue, but as for the other flaws (most notably the slow camera autofocus) have marred this Ultra's debut. Fans are not too happy with this response and this could potentially hurt Samsung's Galaxy S20 Ultra

The flagship phone's current price of $1,400 is already really steep for most of those looking to buy their new phone and now with the current hiccups, some people might even think twice before they decide to actually purchase this phone for themselves.

Samsung's place in the market

Apple may be the most talked about or the most popular brand in the market as of today but Samsung is actually slowly gaining more popularity with the rise of its new products. Setting aside the current situation for the Galaxy S20 Ultra, Samsung actually has other really great smartphones that do quite well in the market.

Android is the official competitor of the iOS and it seems like Samsung is one of the phone brands that is able to put this operating system to good use. Their products take android to the next level and have even increased the popularity of the android itself!