How did the VHS Help Create One of the Best Horror Games on PC? Creative Assembly's Alien: Isolation is Selling at 95% Off for just $2! 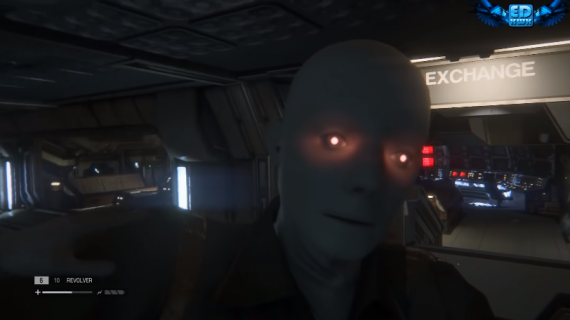 How did the VHS Help Create One of the Best Horror Games on PC? Creative Assembly's Alien: Isolation is Selling at 95% Off for just $2! (Photo : Screenshot From MrEdxwx Official YouTube Channel)

Previously in 2010, a certain group of Alien fans back at Creative Assembly were given an opportunity of a lifetime: turning Alien into a game set in the very iconic sci-fi universe, given the full blessing of 20th Century Fox, the franchise owner.

This is not some sort of spin-off but an actual Alien series itself! This then resulted into one of the best horror games over the recent years and has also been one of the best film adaptations ever made!

Most of the Alien games actually use James Cameron's very own action-packed sequel Alien as its own creative touchstone, but Creative Assembly actually immersed itself in the previous 1979 original instead.

Fox's support on this game

Fox surprisingly supplied Creative Assembly with a huge archive of production material, some of which has not even been publicly released. Alistair Hope, the creative lead for the game stated that it was just like Pulp Fiction's scene where they opened up the suitcase.

The archive was filled with design blueprints, Polaroids, concept art, costume photography, and even thousands of photos of the actual sets!

As expected during the development stage, the Creative Assembly team were watching Alien nonstop to find smaller elements and details they could incorporate into the production of the actual game itself.

Read Also: Creative Assembly's Total War: SHOGUN 2 is Free Next Week! Here's How to Get It

The team was able to take certain elements just like the level along with the sound-design to make it feel a little more retro-futuristic which then puts the game in the very same universe as the franchise itself.

According to Jon McKellan, the UI lead, they had to go to great lengths just to make sure that they had correctly gotten the authentic analogue, retro feel. McKellan even described how he made use of a VHS in order to properly capture the sound.

McKellan then said that he would record certain UI elements onto retro, old, and beaten down VHS tapes and deliberately magnetize both the screen and cables destroying things while playing the previously recorded footage back on screen.

McKellan also said that being 100% authentic could achieve better results than certain software-driven tests have achieved. The act of manually doing these could really influence the general outcome in ways you would have never thought manual authoring could do.

The game is now being sold at 95% off

The game is being sold at an all-time low price of just $2 which is practically a steal if you've been eyeing this game for quite some time now. Considered as one of the best horror games you'll find on PC, this video game adaptation of the film really does justice to the legendary film.

In order to get your copy of the game at 95% off, all you have to do is head over to Steam and get yourself a copy of Creative Assembly's Alien: Isolation for just $2!

Read Also: Here's How to Get Unlimited HP and MP in Final Fantasy XV: Square Enix Hack to Infinite and Fast Regeneration

Alien: Covenant Sequel in the Works? Ripley Scott Said "I'm Not Closing it Down Again"

Could a new Alien: Covenant sequel be on its way? Will Ripley Scott's statement "I'm not closing it down again" still hold up?

Creative Assembly's masterpiece Total War: SHOGUN 2 is said to be free next week! Wondering how to get it? Here's how!

Scientist confirm that there might have been oceans of water on Mars as evidenced by the composition of its meteorite. The experiments show that minerals from dry environment in Mars might have been once harboring hydrogen.

Aliens Could Already Be Living With Us! Says Elon Musk

With the ever-rising number of conspiracy theories surrounding the alien existence, what's the truth behind the claims of SpaceX's Elon Musk that aliens might already be living with us? Could this movie-like scenario really happen in reality? Here's what experts have to say

This week, a US College finds Winston Chuchill's secret essay he wrote a year before he became prime minister. The unpublished work focuses on scientific inquiries regading alien existence.

Man-Eating Aliens On A Secret Base Revealed By US Record

An intriguing record from the US Department of Agriculture reveals the existence of man-eating aliens and people working at a secret base in a US National Park. The information comes as a Freedom of Information request reveals other cases of UFO sightings.