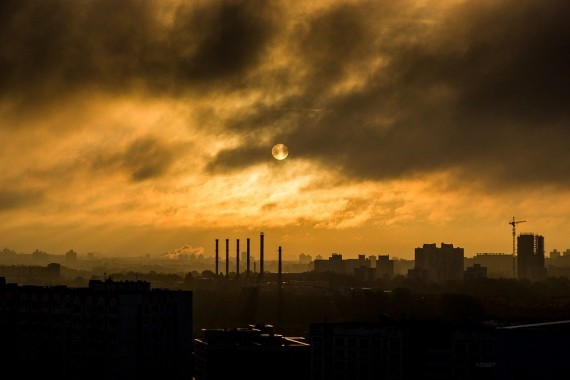 The coronavirus isn't the only problematic thing in today's current environment, as climate change and atmospheric pollution have soared throughout the years. A new type of membrane has been developed by scientists from Newcastle University, which is capable of separating Carbon Dioxide from a mixture of gases.

The researchers created the device which acts like a coffee filter negating the passage of Carbon Dioxide while letting other harmless gases such as Nitrogen go freely into the atmosphere.

Inspiring hope for the environment

The collected carbon dioxide can then be stored and processed in the future. The team believes their creation would be of practical use to the environmental situation that plagues humanity other than the coronavirus.

The cost can be reduced by enlarging the membrane's most expensive part, which is made of silver during the operation process.

Energy and Environmental Science published the team's paper and NUAcT Fellow from the School of Engineering from Newcastle University, Dr. Greg Mutch, explains that the team didn't build the membrane with a foundation on silver but rather only added a small amount of it and grew it within the membrane while adding what they wanted it to have.

Dr. Mutch also said that the performance of the membrane itself is already at a stage that it can be competitive with current carbon capture processes and may reduce the size of any equipment required by a significant amount and drastically reduce operating costs.

The main factor in climate change is Carbon Dioxide, and currently, the climate is about one degree hotter than pre-industrial times. The atmosphere contains more than enough Carbon Dioxide to heat the Earth by more than 1.5-degrees. There is also international cooperation to not let it reach two degrees.

Read Also: [VIDEO] Stunning Angel Of The Sea Caught Hovering Under the Ice By a Professional Photographer

Going beyond the two degrees will lead to catastrophic global effects, impacting health, food, and large-scale travel. We are in desperate need of new and efficient materials and processes that could slow down or downright remove the amount of Carbon Dioxide released into the atmosphere with the kinds of technologies that are called Carbon Capture and Storage (CCS).

Innovative solutions for a global crisis

The creation utilizes a method that has never been tried before, where aluminum oxide support in the form of pellets and tubes were used to grow the silver membrane. The metal was added to the membrane, the conditions that were experienced during the process urged the silver to develop, giving higher output.

The team used x-ray micro-computed tomography to take a look inside and observe the permeation of Carbon Dioxide and Oxygen.

What was more crucial, though, the permeation showed that the membrane performed so well and so powerful that it could compete with today's carbon capture processes. The membrane's permeability was higher than the required magnitude, and the flux of Carbon Dioxide was reported to be the most top of this class of membrane.

Dr. Mutch added that the savings are of utmost importance because the cost of Carbon Capture is a significant limiting factor in the advancement and usage of the technology. His team hopes to have achieved an inspiring result from their study to motivate new ways to form membranes with better performance and lower costs.

Read Also: [Photos] See How The Deadly Coronavirus Can Spread Easily Through An Airplane's Cabin From A Simple Cough

This SSD is capable of storing up to 4TB of data, which makes it one of the most capable NVME SSDs you can buy right now. What else is this SSD good at?

President Trump's rules and regulations on fuel is set to impact the auto industry and its customers significantly.