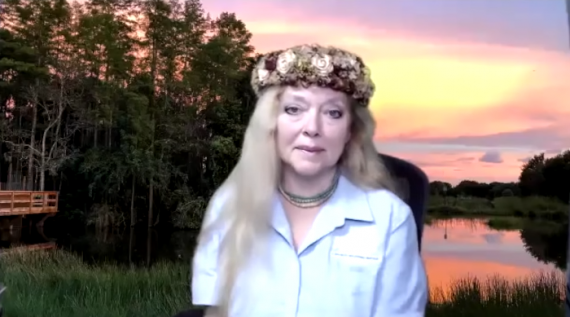 Carole Baskin tried to evict her ex-boyfriend before he filed a certain restraining order against her claiming that she told him "dead bodies can not talk," referencing her missing husband. Netflix's Tiger King drama continues in real life!

The 67-year-old Jay Baykal filed for this petition back in October 18, 2002, saying that he was in fear for his life! This all happened two days before Baskin suddenly filed eviction papers against him.

According to the textile buyer that listed his address as Baskin's home over in Tampa, Florida, Baykal was actually a joint owner of the property itself!

Additional revelations said that the ex-boyfriend was afraid of Baskin's two loaded handguns, which she actually kept in both her truck and her home.

Baykal himself wrote, "I honestly fear I am in danger of death or serious bodily injury because her prior husband is missing and presumed dead."

Did Carole Baskin kill her husband?

The whole controversy of Netflix's Tiger King focuses on both Joe Exotic and Carole Baskin who are two interesting characters and it is true that Baskin's second husband named Don Lewis previously vanished in 1997.

Just a few months before he disappeared, Don Lewis also filed for a restraining order against Baskin. Lewis also claimed that Baskins threatened to kill him on two different occasions and that she took away his gun and hid it.

It was the author Robert Moor who first uncovered Baykal's request for this restraining order. Moor spent four years capturing the drama between both Joe Exotic and Carole Baskin.

Currently, the former owner of Greater Wynnewood Exotic Animal Park also known as the Tiger King is serving 22 years in prison for allegedly attempting a "murder for hire" on Carole Baskin.

An article by DailyMail.com also unveiled that aside from Baykal, Carole Baskin actually filed a number of other petitions to evict other men from her own property throughout all the years.

Carole Baskin's reply to DailyMail's inquiries was "Oh, shut up" before she hung up the phone. Baskin avoided several attempts to ask for answers.

Joe Exotic himself allegedly claimed that Carole Baskins killed Don Lewis, put his body through a meat grinder, and fed the parts to the big cats she kept at her rescue center.

Because of the publicity, the local sheriff started to look for fresh leads regarding Lewis' disappearance.

Read Also: Nicolas Cage as Joe Exotic: Here are 5 Other Choice Actors for the Role of Netflix's Tiger King

The human rights activist has denied on many occasions her involvement with Lewis' disappearance. When Don Lewis went missing, she then suggested that he could have just gone to Costa Rica, where he oftentimes goes to.

According to Baykal's petition, when he asked Baskin what would happen if ever Lewis came back, her response spooked him the most. "Dead bodies can not talk" is what Baskin said to Baykal.

Just last month, a Florida sheriff actually admitted that he believes that Don Lewis was likely killed by the hands of more than one person in a possible murder-for-hire plot.

Microsoft Boss Reveals Xbox Series X Will Focus On Improving Immersion Instead Of Visuals: Here's Why

The Xbox Series X is coming out this holiday season and it seems that Xbox is going to focus on immersion more than visuals this time around. But what is reason behind it?