2,000-Year-Old Vessel Found 'Sewed' Together with Ropes and Wooden Nails in Croatia Gives Clue on How Ancient Romans Build Ship 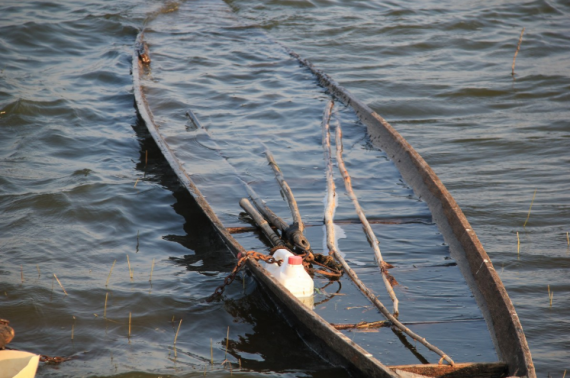 How were Roman ships built? Well, if you're still puzzled by this question, you'll find that a recent discovery has uncovered a 2,000-year-old Ancient Roman sewn ship was found to have been stitched together using nothing but ropes and wooden nails!

The discovery was found in Croatia and the vessel was located at the Porta de Mar archaeological site somewhere around the ancient waterfront of a certain town called Porec, where it had previously sunk right next to this ancient pier.

The vessel was found to be 2,000 years old and belonged to a Roman province of Dalmatia which is a town whose shielded harbor made it a great defense location and also a good landmark for maritime trade.

The experts say that this is Croatia's greatest archaeological discovery of this century as the 5-meter ship that still retained many of its original wood was found embedded in the mud.

The majority of the ship's framework, ribs, and even keel have survived according to a researcher known as Ms. Bartolic Sirotic in her statement with Archaeology.org.

The discovery revealed to the team that the vessel actually had a single sail and was small enough to possibly be a private fishing boat.

The so-called 'sewn ships' refer to certain characteristics of these boatwrights of the northern Adriatic all the way back during the first century AD.

This feature shows the hull essentially stitched together with the help of ropes and wooden nails that were also known as 'spots'.

According to Ms. Sirotic in her statement to Croatia Week, "every single stitch that is made is recorded" which refers to how well gathered the information regarding the ship is.

The large wooden nails that were used to attach the most outer part of the hull towards the inner frame still appeared to be intact.

Although the Porta de Mar find does not seem too unique to Croatia, most of these sewn ships actually come from earlier periods and were usually dug up by archaeologists underwater.

This easy find compared to the complicated other finds make it unique. Ms. Sirotic also added that that specific specimen from Porec is only one of three different boats they have found on land and not underwater.

How the discovery influences today

The current vessel was actually discovered due to a certain redevelopment project going on that will see the Porec renovated and become even more pedestrian-friendly.

Archaeologists are still trying to complete their study of the boat before the remains are removed in order to preserve these findings in the public Porec museum.

The discovery says a lot about how were Roman ships built and how much earlier innovation has evolved from simple methods to the industrial manufacturing it has achieved today.

Learning about the past really helps in the development of the future because not only will people be able to see the difference of technology, people will also be able to see put themselves in our ancestors perspectives.

Discovery Of 3.6-Million-Year-Old Footprint Led To The Revelation Of Our Ancestors’ Sex Lives

With the discovery of the 13 footprints from the five Australopithecus afarensis, does it accurately tell us something about our ancestors’ sex lives before? Did it influence the sex lives that a lot of people are practicing nowadays? Here’s what experts have to say

French wine has been around for 2,500 years - now we know how it got there and why it spread throughout Gaul.

Ancient Rome produced concrete that is just as strong as modern varieties, is more durable and better for the environment. By using a recipe from the ancient past to mix concrete, we may be able to reduce global warming in the future.

How The Justinianic Plague Changed The World

If it hadn't been for the Justinianic Plague, the world may be a very different place.

When Will The World End: Will Pope Francis Preside Over The Apocalypse?

Francis will be pope when the world ends, according to a 12th century prophecy