A 30lb Moon Rock is Being Sold for $2.5 million! The Fifth-Largest Meteorite is Bigger than What Apollo Brought on Earth! 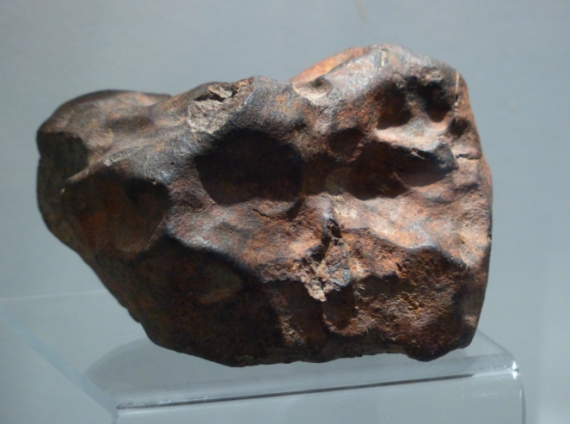 A Moon Rock is Being Sold at Charlie's Auction House for $2.5 million! Is the Fifth-Largest 30 Pound Meteorite Worth the Price? (Photo : Screenshot From Pxhere Official Website)

The famous Christie's auction house is selling a chunk of the moon that is bigger than all the rocks that the Apollo astronauts previously brought back to Earth.

This specific lunar meteorite is known as the NWA 12691 and it previously fell to Earth during a meteor shower. According to the news release from Christie's, this meteorite was found in the Sahara Desert two years ago.

If you want to buy this moon rock, the price is at $2.5 million, according to Christie's. This item is on a specific private sale unlike other items in the auction which means that anyone with exactly $2.5 million to spare can immediately buy it.

This moon rock weighs only a little below 30 pounds and is considered the fifth-largest chunk of the moon located on earth, according to the statement.

Buying a piece of the moon

Christie's Head of Science $ Natural History, James Hyslop, told CNN through an email that only a few lunar meteorites exist and this specific meteorite is the fifth largest meteorite known worldwide. James Hyslop says that even the Apollo Mission did not bring anything this large.

James Hyslop also remarked that it is an incredible opportunity to be able to acquire this world-class specimen from the moon.

Christie's also said that this moon rock might have been knocked off the moon's own surface by a certain asteroid or comet hitting it. The rock then traveled 239,000 miles before hitting Earth in a fiery meteor shower.

Christie's also noted that lunar meteorites are very rare and that only 1,443 pounds of them exist on Earth. That is, of course, the ones that humanity found.

James Hyslop said that the previous lunar meteorites sold could fit in your hand but this particular one is 10 times larger. According to him, this is the first meteorite sold with that massive size.

The previous Apollo 16 astronauts brought another specimen nicknamed "Big Muley" back in 1972 and it weighed almost 26 pounds.

Read Also: Eta Aquarids 2020: Watch Out for the Meteor Shower to Happen 11:00 Tonight; Here's How to Spot

Lunar rocks serve a very strong purpose to people of science and collectors because of how they not only remind them of space, they embody the very essence of science and discovery.

Owning a piece of space is quite thrilling but would you pay $2.5 million just to own a rock? What if that rock came from the moon? Is that purchase worth it?

Meteor showers rarely happen but when they do, pieces of lunar rocks are left here and there. These lunar rocks are hard to look for especially if they are not that big and the impact was not that strong.

Bigger lunar rocks are easier to find but they also rarely come along. So far, the rock being sold at the auction is the fifth largest lunar rock in the entire world ever to be found.

Read Also: Astronomers Capture Stunning Photos of How Planets are Formed by Discs of Dust and Gas Rotating Around a Young Star

The Eta Aquarids is said to be coming around very soon and if you want to find this heavenly sight, here's how to do it.

See how NASA plans to make astronauts live on the moon by arming them with a lunar flashlight!

Moon Uncovered: See The Updated Map Of Luna That Scientists Have Collated

The team, led by the United States Geological Survey's Corey Fortezzo, built the map using six old Apollo maps and some more updated satellite data. See the Moon and its geology with a whole new look!