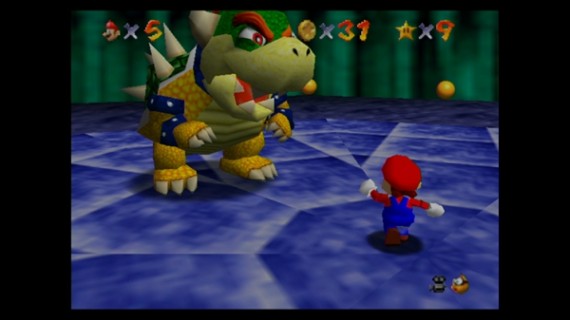 The previous reports of a Super Mario 64 PC Port are now being hunted down by Nintendo. The game company has always been devoted to bringing down unofficial renditions of their official games.

The port of the game was recently released earlier this month by a user named 'Unreal,' where he was able to provide a smooth version that could be played in 4K and supports game modifications.

A recent notice obtained by TorrentFreak, however, revealed that WildWood Law Group, a frequent representative for Nintendo, is already making efforts to have the port of the game removed from servers it is currently found on.

The attempts haven't always been unsuccessful at every front, some of the more exposed sources for the download links have been taken down. Removal has also reached onto Youtube videos showcasing the gameplay of the title, along with one that can be found in our previous article of the port.

The effort to make sure their game isn't freely shared with the public is a usual move for Nintendo, and Super Mario 64 is no exception, whether it's one of their older games or not. The takedowns could also be seen as a precursor to the game manufacturer's alleged reports of remastering classic Mario titles, and these sorts of renditions can be seen as threats or competition to that cause.

Read Also: Super Mario 64 PC Port Releases But It's Not On An Emulator! And Other Nintendo Games You Can Play On Your Computer

Public sources may have been removed, but those who have already acquired the version of the game are still free to play their hard-earned find, and best of all, they're also free to distribute it to those who are eager to play the game in a higher graphical setting.

It's safe to assume that you can still get the port through other means, such as asking other users you trust if they've been able to download it before the purge by Nintendo, or if you can locate the ones that have avoided the company's hawk-like eyes.

A history filled with entertainment and support

The Mario line of games has always been immensely popular and loved by fans of Nintendo, and the classics are no different to the newer titles.

The lively Italian plumber was a product of Mr. Shigeru Miyamoto, who became part of the company at an early age of 24 years right after he graduated in college. Mario first came to the screens in 1981 as Jumpman in the Donkey Kong arcade game, where he dominated the charts with how popular arcade games were at the time and the simple but effective gameplay mechanics that the game offered.

The spritely little jumper has had a long and fruitful history of new games, expansions, spin-offs, and even shows, the company capitalized the hype of its flagship character and soared even higher among the competition.

The Mario franchise has been Nintendo's best-selling series in its arsenal for years, and there are no signs of it giving its throne to any other game. The Super Mario series sales have made more than twice that of its closest competitor, Pokemon, at more than a staggering 620 million copies.